We explained the best and worst redemptions for American Express Membership Rewards through the Amex Travel Portal. Now we look at the

Delta is the Membership Rewards most popular transfer partner and the only major domestic airline partner. Transferring points to Delta is easy and almost immediate. Find availability on the Delta website, transfer your points, and you will most likely get your ticket.

Delta stopped publishing its award chart at the beginning of the last year, so the prices you see on its website are what you get. One of the best Delta deals right now is cheap rates for short hauls. 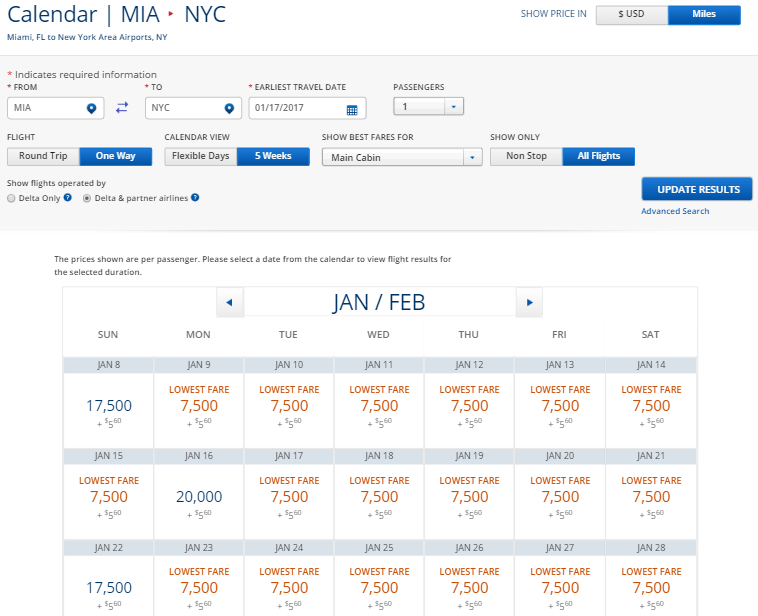 These are great rates for domestic travel because U.S.-based programs have traditionally priced all domestic redemptions, no matter how short or long, at 12,500 miles one way. The levels offered by Delta on its short- and even medium-haul flights can rival distance-bases programs like British Airways Avios.

We have also found great award rates for other city pairs. Just make sure that redeeming an award makes sense compared to the cost of your ticket. Remember that you might do better buying super-cheap tickets for points on the Membership Rewards website. Check the portal.

If you want to use Membership Rewards for booking a long-haul award flight in business, transfer them to ANA. While ANA doesn’t allow you to book one-way travel, you can add a free stopover and up to two open jaws. And ANA’s business class long-haul levels are hard to beat. 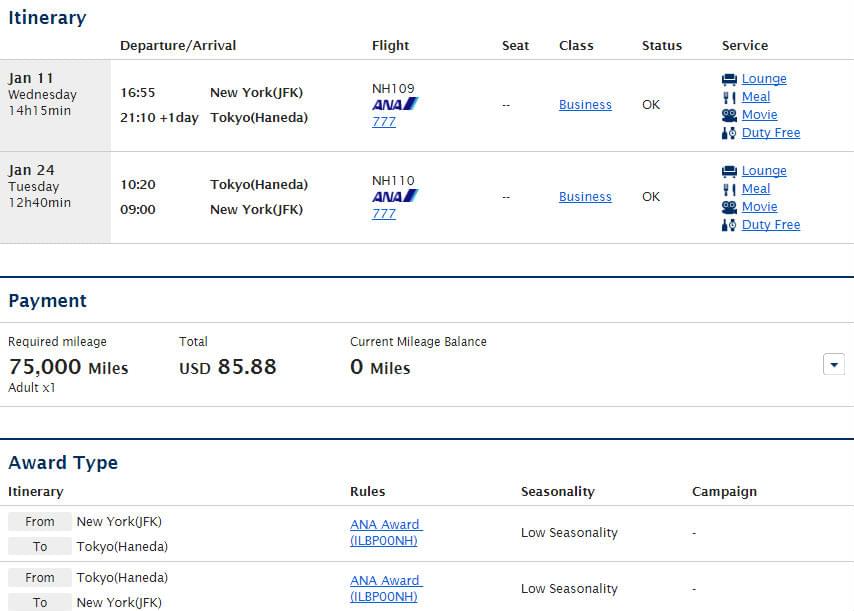 You can also fly to Asia on ANA partner airlines for 136,000 miles, and this is still considerably less than what U.S. airlines charge for award flights to that part of the world.

You are not limited to Asia. A business class ticket to Oceania and the South Pacific will run you 120,000 miles per round trip, while Europe and southern South America cost only 88,000 miles. Compare it to Delta’s 140,000-mile price tag.

While ANA has removed fuel surcharges on its flights to Japan and some cities in Asia for now, it keeps adding them to most other airlines. Unless you don’t mind paying hundreds of dollars for your “free” ticket, avoid using ANA miles on all European partner airlines except LOT and Turkish. These two airlines impose much smaller surcharges: $100-300 per round-trip.

How to Avoid Outrageous Fuel Surcharges with ANA Miles

As a reminder, BAEC is a distance- rather than region-based program and it’s best used on short, non-stop flights. The redemption levels start at 7,500 Avios per one-way flight in the U.S. and 4,500 Avios elsewhere. Nonstop flights up to 1,150 miles in the U.S. cost 7,500 Avios one way and 10,000 Avios for distances 1,151-2,000 miles.These are the only flights worth booking for Avios, and even so, you might still be better off with Delta miles, which you can transfer in a 1:1 ratio, so for a domestic ticket you might want to check Delta availability first.

The reason for that is that Avios cost 25 percent more Membership Rewards points. For example, if you want a ticket from New York to Bermuda that costs 15,000 Avios (on American Airlines) per round-trip you need to transfer 18,750 AMEX points. Please see this post for a better understanding of when to transfer Amex points to BAEC makes sense.

Iberia is a Madrid-based airline, and a British Airways partner, which is why they share the name for their frequent flyer currency – Avios. But while there are many common features, Iberia Plus and BAEC can be very different in some details. Iberia Plus has a fantastic award rate for nonstop flights from New York, Boston, and Chicago to Madrid, especially off-season.

Both are fantastic rates, considering that an economy class award usually costs 60,000 per round trip, and a business class award costs 115,000-140,000. Unfortunately, Iberia adds fuel surcharges, but they are bearable, about $170 in economy and $220 in business.

Unfortunately, if you plan on flying beyond Madrid, you will pay extra, which can still make sense considering how cheap the flights are.

Short Hauls in the U.S. on American Airlines

Earlier this year, British Airways raised the minimum redemption for flights originating or terminating in the U.S. from 4,500 to 7,500 Avios one way. But Iberia Plus still has a separate award chart for American Airlines, which can save you Amex points should you need a domestic short-haul ticket.

Iberia Plus has some advantages over BAEC:

Just like BAEC, Iberia Plus is a distance-based program, so transferring your Amex points to Iberia to book a long-haul on an Iberia partner is not recommended. And you might also want to avoid using the program on Iberia metal during the peak season.