Are Virgin Atlantic Miles Better Than You Think?

It’s easy to get Virgin Atlantic miles because the carrier has a long list of transfer partners, but Virgin’s Flying Club program isn’t known for its generous redemptions. However, there are some great deals hidden in the program’s award charts that shouldn’t be overlooked.

The Problem With Virgin Atlantic Miles

There are a few fundamental issues with Virgin Atlantic Flying Club that has earned it a poor reputation among frequent flyers. First, most awards on Virgin’s own flights are expensive. Not only will you be paying a lot of miles, you’ll also be hit with huge fuel surcharges.

In fact, the additional fees can often add up to what you’d spend for a cash ticket anyways. A roundtrip award between the East Coast and the UK in Virgin’s premium cabin will set you back 95,000 miles plus around $1,100 in fees. While Virgin’s Upper Class product is great, with comfortable seats, excellent service and good food, it’s just not worth it.

Interestingly, if your flight originates in the UK, the fees for Virgin awards drop notably. If you can position yourself in London, you may want to consider booking an award on Virgin Atlantic. You’ll still pay a lot in fees, but it will be less that the cash price of the ticket. For instance, the long flight from the UK to Hong Kong costs 115,000 miles plus about $650 in fees for an Upper Class seat. While not free, that’s not a terrible deal for that flight.

The Best Ways to Use Virgin Atlantic Miles

Given the often ridiculous fees Virgin adds to its own flights, the best deals are found by booking with one of the carrier’s partner airlines. They are Delta, Singapore Airlines, Air New Zealand, Virgin Australia, South African Airways, ANA, Jet Airways, Air China, Hawaiian Airlines and Malaysia Airlines.

The price to book partner awards through Virgin is typically comparable to booking through the partner’s own program. That’s opens up a lot options, particularly if you’re stuck with Virgin miles you don’t know what to do with.

There are a few sweet spots too, particularly if you’re interested in premium class travel. You might even find yourself transferring to Virgin Atlantic so you can take advantage of them.

The major drawback of this approach is that Virgin’s website is woefully out of date. You cannot book partner awards online. You have to call Virgin Atlantic directly (U.S. residents can call 1-800-365-9500).

It’s always a good idea to look for the flight you want to book on the partner’s website before calling. The more information you know and can feed to the agent, the better off you’ll be.

Booking Delta awards through Virgin typically gets you about the same value as you’d get using SkyMiles. You won’t pay fuel surcharges since Delta does not levy those fees on its own 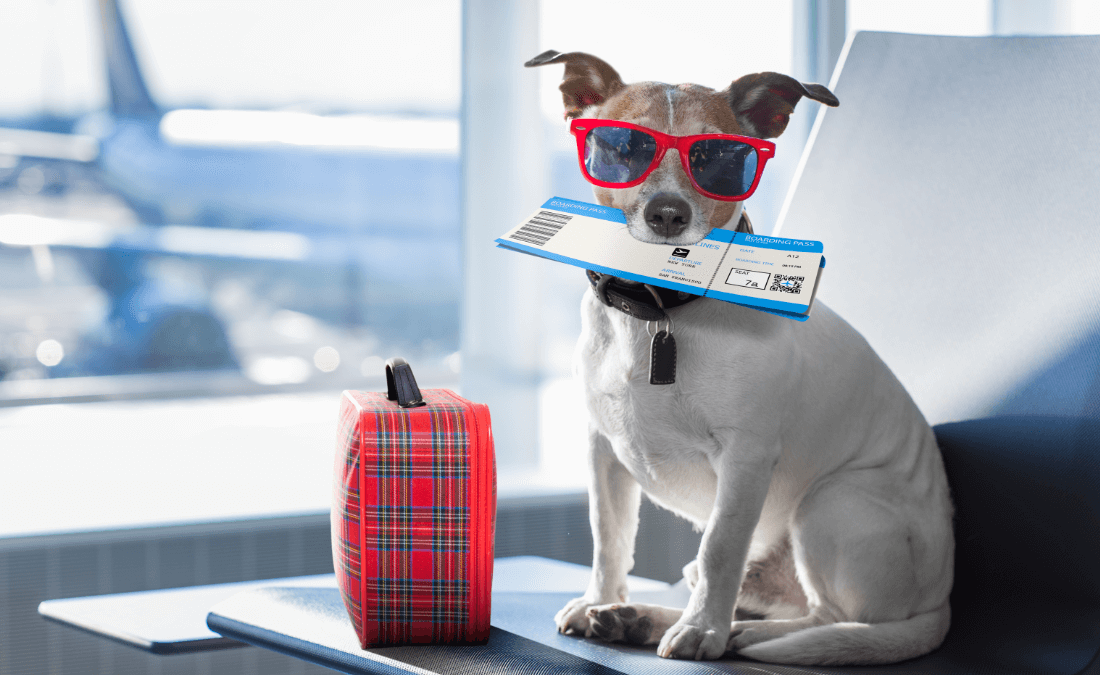 An economy roundtrip on Delta between the U.S. and the Europe is 60,000 miles. Business class is 100,000 miles. That’s about what you’d pay booking directly through Delta.

However, Virgin Atlantic offers UK residents a better deal. If the same flight originates in the UK instead of the U.S., the economy seat is 20,000 miles cheaper, or only 40,000 Virgin miles.

Virgin allows you to book one-way tickets on Delta for half the cost of a roundtrip. That means you could grab a cheap one-way to Europe on another airline and book a one-way return flight on Delta with Virgin Atlantic miles for just 20,000 miles in economy or 45,000 miles in business. That’s good value for you miles.

In general, flights that originate in the UK are cheaper than those that originate in the U.S. Consider your routing options, particularly if you can find a cheap cash flight to London. You may find yourself with a fantastic deal if you don’t mind flying through London. If you have the time, it’s a great city to spend a few extra days in.

Another great option out of London is on Air China. A first class suite between London and Beijing can be had for just 75,000 Virgin miles roundtrip. Unfortunately you’ll have to cover the roughly $700 in taxes and fees, but that’s an extremely luxurious private suite on a long flight for relatively little money.

If you are thinking about a trip to Hawaii, you can book a flight on Hawaiian Airlines or Delta with Virgin miles for the same cost. Economy is just 40,000 miles and first class is just 80,000 miles roundtrip. That’s cheaper than Delta’s redemptions. If you plan to do some island hopping once you’re there, intra-Hawaii flights on Hawaiian are a steal at just 15,000 Virgin miles.

Speaking of short-haul flights, Virgin miles are great for flights within Africa on South African Airways, within Japan on ANA, and within Australia on Virgin Australia. Roundtrip domestic flights on those airlines can run as little as 12,000 miles.

Virgin miles are generally good for booking flights on ANA. One of the best redemptions is round-trip first class seat between the U.S. and Japan for just 120,000 miles. You will have to pay surcharges on top of that, but ANA adds very little to flights to Japan and to most destinations in North Asia. That’s about half of what you’d pay for first class to Japan on the big U.S. legacy carriers.

How to Get Virgin Atlantic Miles

Virgin Atlantic miles are very easy to get. That’s because the carrier partners with all four of the major credit card rewards programs. That means you can get any card that’s part of Chase Ultimate Rewards, American Express Membership Rewards, Citi ThankYou Rewards or Marriott Bonvoy and transfer points to Virgin Atlantic Flying Club.

Both cards earn three miles for Virgin purchases and one mile per dollar spent on everything else. They also come with a companion ticket if you spend $25,000 in a year. Unfortunately that ticket can only be used in conjunction with an award seat on a Virgin Atlantic flight. That means you have to pay  fuel surcharges to use that companion fare.

The White card has a $49 annual fee, and the Black card has a $90 fee. Neither is waived the first year.

A better option would be a card that offers transferable points. Those cards give you a lot more flexibility, and they are often more rewarding. You won’t be tied down to one carrier, and you’ll usually get a bigger sign-up bonus and better bonus earning categories. 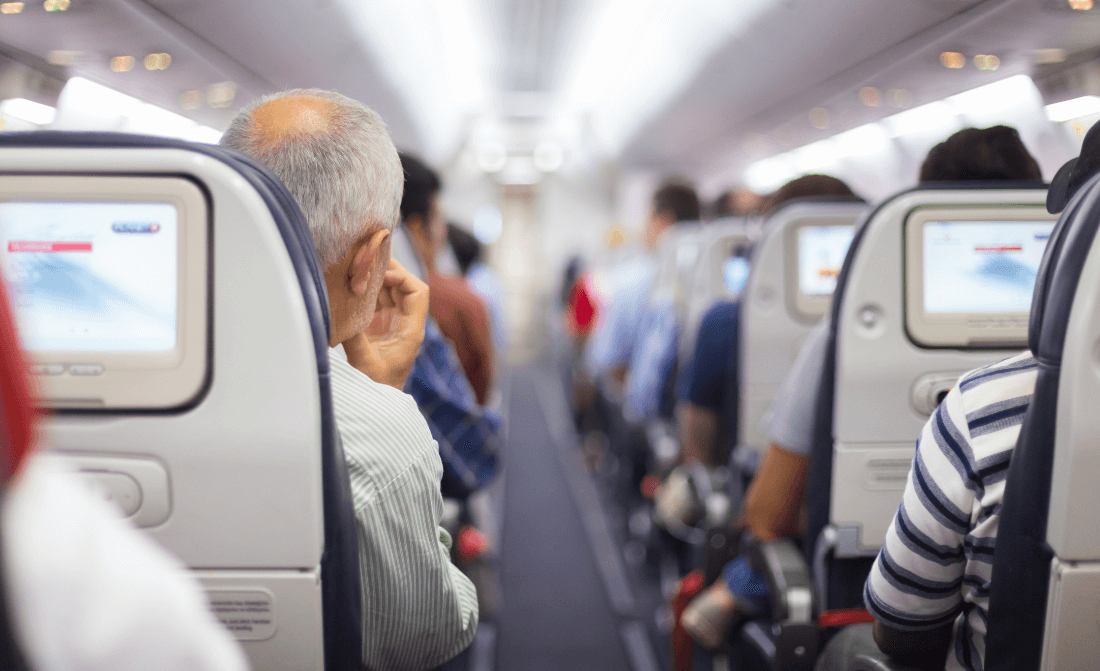 The Chase Sapphire Preferred® Card is perhaps the best card of the bunch. It has a 60,000-point sign-up bonus after you spend $4,000 within the first 3 months and offers double points for travel purchases and dining out. Chase Ultimate Rewards has a total of seven airline transfer partners, including United and Southwest. It has $95 annual fee.

The Citi Premier℠ Card card has a 60,000-point sign-up bonus, plus it earns triple points on travel and double points on dining and entertainment. The ThankYou program has 13 airline transfer partners, though Virgin America is the only U.S. carrier on their list. The card has annual fee of $95.

Do You Want Virgin Atlantic Miles?

Virgin Atlantic has long been maligned for having a mediocre

Partner award charts are competitive with other programs, with some notable bright spots. If those routes and carriers work for you, there’s no reason you shouldn’t transfer some