Twofer: Diving in Fiji and New Zealand for the Price of One 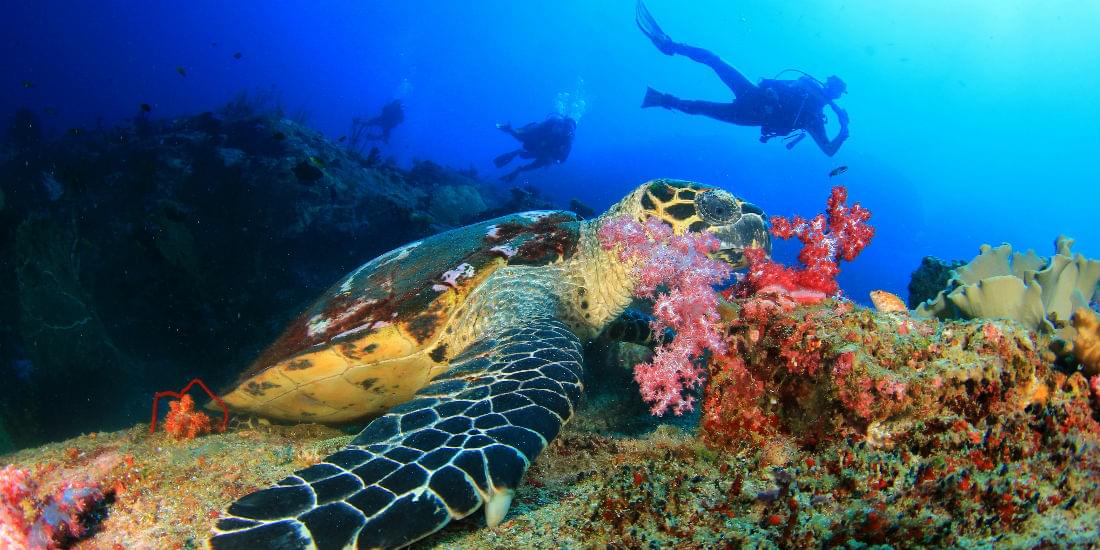 Want to do some serious diving on Fiji and see New Zealand? It’s possible in one trip because you can use fewer miles flying to Fiji via New Zealand than just flying straight there.

Fiji is a paradise chain of islands in the South Pacific with diving that competes with the Great Barrier Reef in Australia. There’s a little-known trick to get tremendous value out of your trip there.

For most U.S.-based travelers, there are four ways to fly to Fiji on an award ticket.

Finding Korean Airlines award flights to Nadi, the third-largest region in Fiji, is very difficult and Alaska Airlines miles are hard to get, so let’s start with American Airlines AAdvantage miles, since they are easier to obtain and use. This is also your only option if you want to fly non-stop from the U.S. because Fiji Airways flies directly to Nadi out of Los Angeles.

Fiji Airlines is not a member of the oneworld Alliance, but it is an individual partner of American Airlines, so you can redeem AAdvantage miles to fly to Fiji. You can’t book this award online though, so you have to redeem it over the phone. The availability can be unpredictable, so it helps to be flexible. A roundtrip will cost 75,000 AAdvantage miles.

Fiji with United Mileage Plus Miles

Air New Zealand is a member of United’s Star Alliance and its availability to Nadi is not bad. Finding a direct award flight from the U.S. to Auckland is hard to come by though. You need to book well in advance if you want to limit your trip to one layover.

Connections are not necessarily a bad thing though. United MileagePlus (unlike American AAdvantage) allows you a stopover on the way to and from your destination so you can stop in New Zealand for as long as you want on your way to or from Fiji.

A stop in Auckland offers very nice reward options for domestic New Zealand flights. New Zealand is served by two carriers: Air New Zealand, a member of the Star Alliance, and Jetstar, a subsidiary of oneworld Alliance member Qantas. And Jetstar allows you to use British Airways Avios.

A Word of Warning

Always watch for the fuel surcharges as British Airways adds them to their award tickets on most other carriers as well. If the fees on your route are extreme, you can use American AAdvantage miles.

Not every Jetstar flight is available for award booking. You will need to perform a search on the Qantas or British Airways websites to find eligible flights. It’s a bit of work, but worth the savings.