I recently took a weeklong trip to South America where I visited Brazil, Chile, and Argentina. The first part of the trip was paid for with cash, but earned a good amount of miles toward the next free trip. The return was in first class on American Airlines using miles and surpassed any expectations I had of what that experience would be like.

This journey took me from Los Angeles to Rio de Janeiro and then to Santiago, Mendoza, Buenos Aires and back home. I made the reservations several months ago for the flights to Rio and back from Buenos Aires using miles. The flight back from Buenos Aires was a bit of a splurge as American only had first class awards available. I’m usually quite frugal with the use of my miles, but thought it might be a nice treat to fly international first class.

One-way business class tickets from North America to this part of South America are 50,000 miles each way. First class tickets are 62,500 miles. Taxes and fees vary from as low as $2.50 up to a high of $145. Given that the normal airfare is usually several thousand dollars, the taxes and fees are manageable. They will vary depending on the route and the airline though, so be sure to figure this into the cost of the award ticket. Even though British Airways is a member of the oneworld alliance with American, for example, they have surcharges on their award tickets that can add many hundreds of dollars.

With months to go before my trip started, I regularly checked airfares for the flights to and from South America. Even though I already had award tickets booked, I could always cancel my award tickets if the prices dipped very low. One of the benefits of maintaining the highest level of elite status in American’s AAdvantage program is the ability to cancel or change award tickets without a fee. Regular members don’t enjoy this perk which can save several hundred dollars if plans change. Since I need to actually fly on paid tickets to maintain my status and continue to accrue miles, I always evaluate the benefits derived from a paid flight versus using miles for an award ticket.

With a few months to go before I took off, I noticed American was offering inexpensive one-way fares to Brazil. Often the best deals are found only on roundtrip tickets. I immediately booked a one-way to Rio de Janeiro and cancelled my award ticket, returning 50,000 miles to my account for future use.

With the long-haul flights confirmed, I needed to resolve my travel within South America, as I had to get from Rio to Argentina. The airlines in South America often have two tiers of pricing that offer low-cost fares to residents while charging foreigners a hefty premium. One of the ways around this is to book a South American Airpass, which is generally priced on the basis of segments or distance traveled.

I had two options to get from Brazil to Argentina:  Aerolineas Argentina or LAN. Even though Aerolineas was slightly less expensive than LAN, my experience with them is less than ideal as they frequently experience delays and cancelled flights. This would wreak havoc with my vacation since I was running on a fairly tight schedule. Instead, I chose LAN’s pass, which also offered some additional benefits since they are a member of the oneworld alliance. This meant that I could have preferential service, access lounges at the airport, and accrue miles in my American Airlines AAdvantage program.

Because I have to qualify each year to earn my Executive Platinum status with American, it’s important to make sure that every flight counts. Another great benefit of the pass is that it allows changes with no fees. This comes in handy if there are any travel irregularities or a change of plan while the trip is already underway.

With all the planning out of the way, I was ready to enjoy my journey. Fortunately, I was able to redeem one of my free upgrades on the flights down to Rio so I enjoyed business class from Los Angeles to New York and then to Rio. I was able to tour all the main sites in town while staying at a hotel right on the famous Ipanema beach. 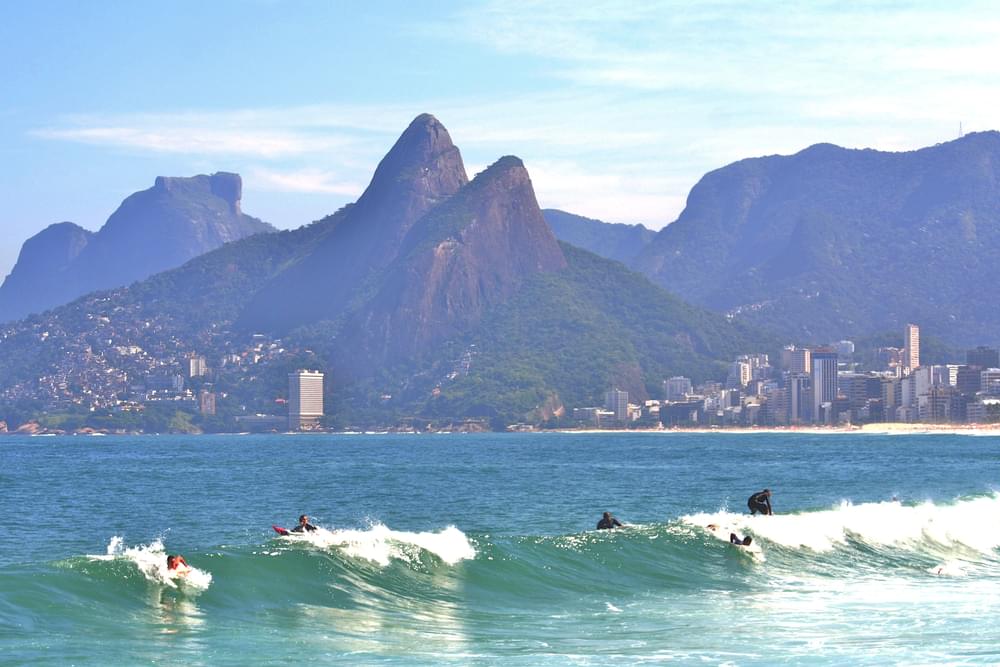 The next leg of the trip on LAN took me to Santiago for a quick overnight stay and then a stunning flight over the Andes into Mendoza, the heart of Argentina’s wine country, which I toured for two days. Then I headed to Buenos Aires to finish off the trip with more wine and famous Argentinean steaks.

The flight back to Los Angeles connected through New York and was first class all the way. American’s first class cabin seats only 16 people in mini-suites that are quite private. Each seat actually swivels 90-degrees to a workstation for those who are so inclined. I was not, and instead enjoyed a multi-course meal with wine pairings. When it came time for bed, the flight attendant actually prepared turndown service, converting my seat into a bed with its own mattress topper and duvet. I had already changed into the pajamas they provided when I boarded and was ready to enjoy a good night’s sleep. Those additional 12,500 miles were well spent.

In all, I earned over 20,000 new miles from the paid portion of the trip, which is a significant step towards the next free flight!