There is no downside to booking South America flights on partners since United charges the same amount of miles whether it’s a United flight or a flight on one of the partner airlines.

United has the following Star Alliance partners that fly between the U.S. and South America:

Which Airlines to Look For

In terms of business class, we don’t have a lot of choices. Azul that flies between São Paulo and Fort Lauderdale and Orlando doesn’t usually have any business class availability with United miles. Copa business class has abundant award availability, but their business class seats are practically the same as old U.S. domestic first class recliners. That leaves us with two viable choices: Air Canada Airlines via Toronto and Avianca via Bogota. 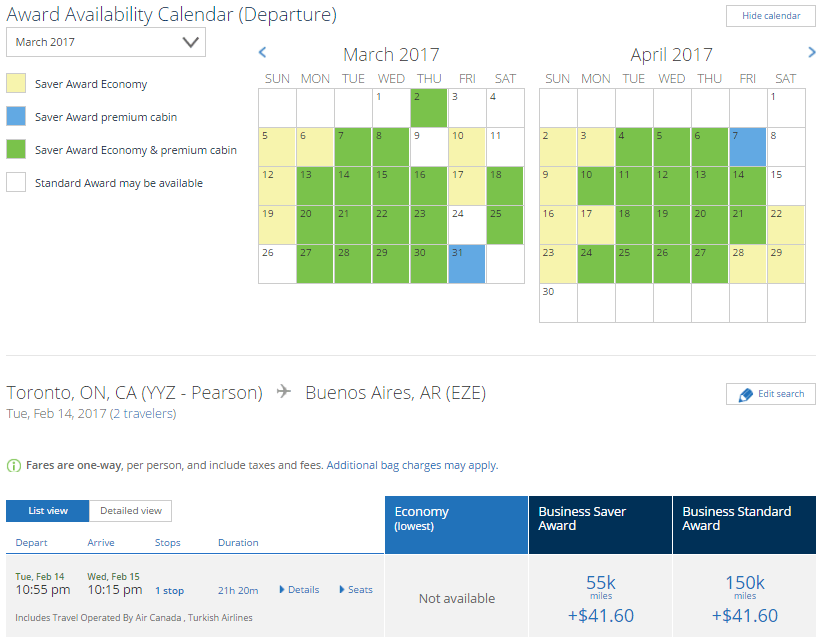 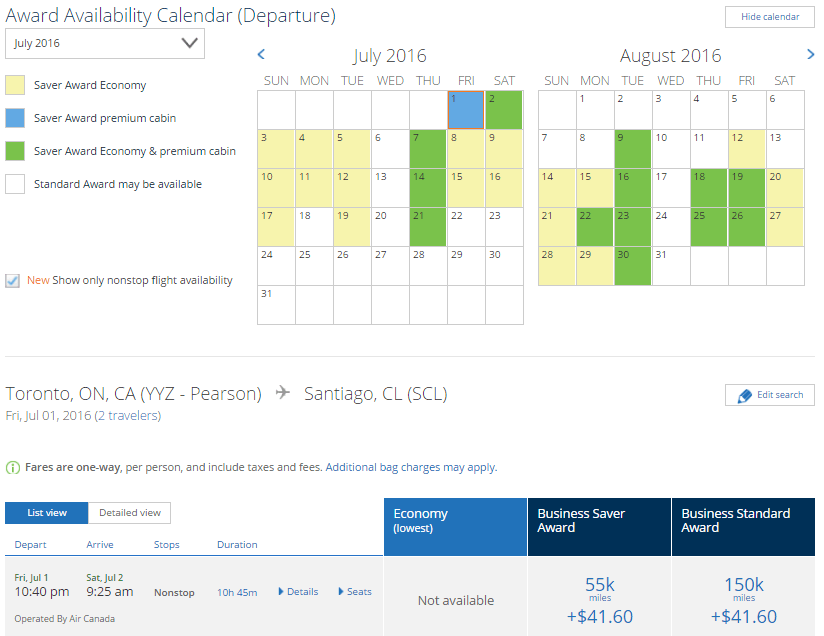 What you see above is availability for two people, but you’re likely to fare better if you are a solo traveler.

After you’ve found the flight between Toronto and your destination in South America, check for a flight from your departure city to Toronto, which is usually much easier to find.

Avianca flies Dreamliners from New York to Buenos Aires, Santiago de Chile, and São Paulo via Bogota, so New York–Bogota availability is something we need to find first. Thankfully, availability for two people appears to be excellent. 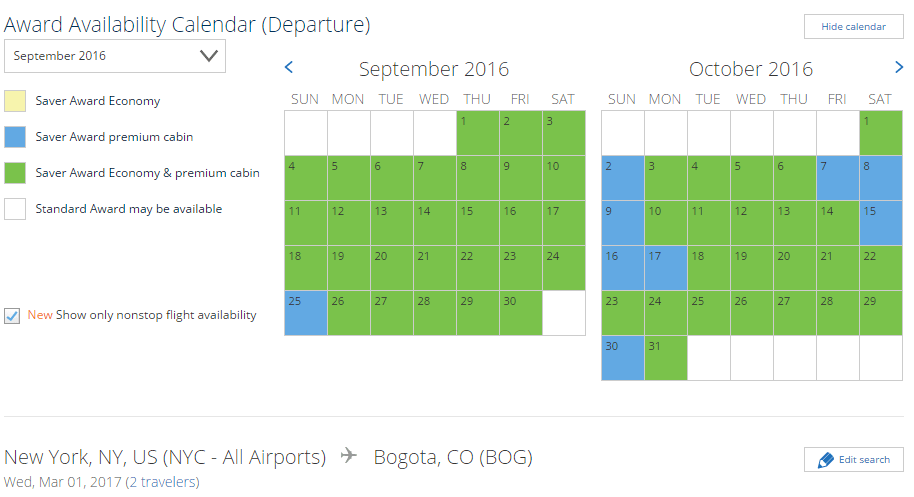 And we often have more than one flight to choose. 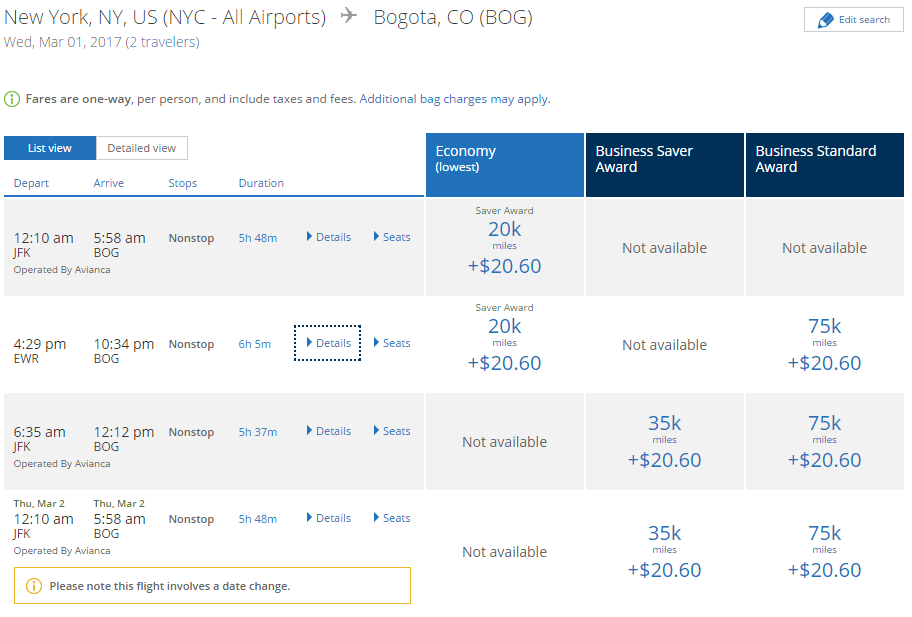 Availability between Bogota and other South American cities is usually very good too. Here is availability for two people from Bogota to Santiago. 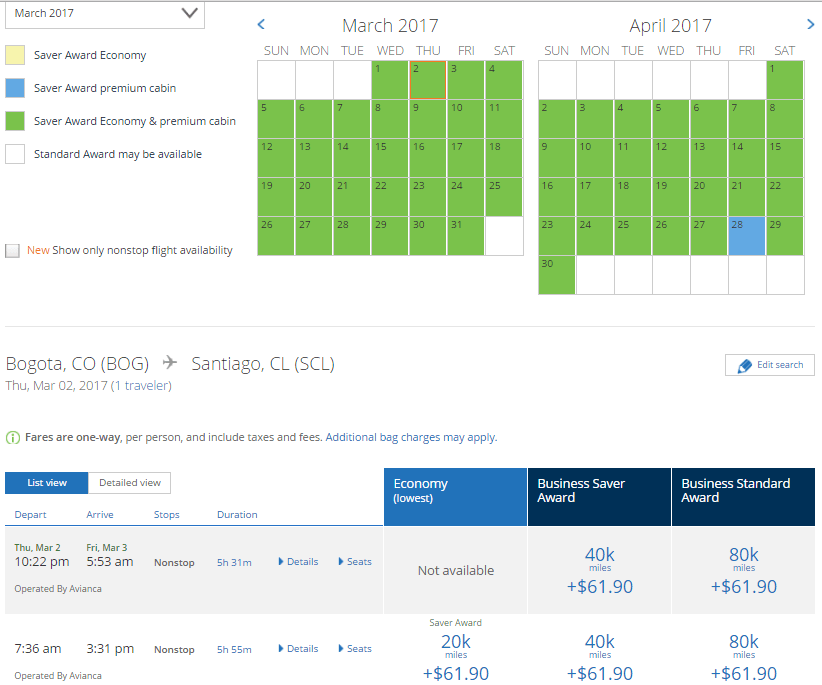 Which Is Better: Air Canada or Avianca

The seats are great on both carriers. However, the flight duration between New York and Bogota is only about six hours, and the second leg is about the same so you won’t get a full night’s sleep with the interruption. If you want to sleep overnight, then a 10-11 hour leg on Air Canada might be a better idea, provided you can find the award space. If  not, you can easily go with Plan B, since Avianca award seats are much more abundant.