How to Book a United International Premium Class Award

United Airlines has a huge number of partner airlines: 28 Star partners and 12 non-alliance partners, all of which you can book with United MileagePlus miles. However, booking award flights (especially in business or first) on United rather than partners, has a major advantage. Since United charges more for premium class awards on partners, you will pay considerably less if you fly on United metal.

Even if United doesn’t fly to the city you want to visit, chances are you can still use the carrier for the bulk of your journey, and then use a connecting flight to get to your destination. That’s why it’s important to find your longest flight first, and deal with connections later. Fortunately, United has considerably improved its website functionality by allowing you to search for nonstop flights.

You don’t always have to use a connection. Sometimes you can simply enter your travel dates and destination and find what you want. For example, if you happen to need a business (or first class) ticket to Paris on United for two people at the beginning of August, the whole process from start to finish may take you less than five minutes. 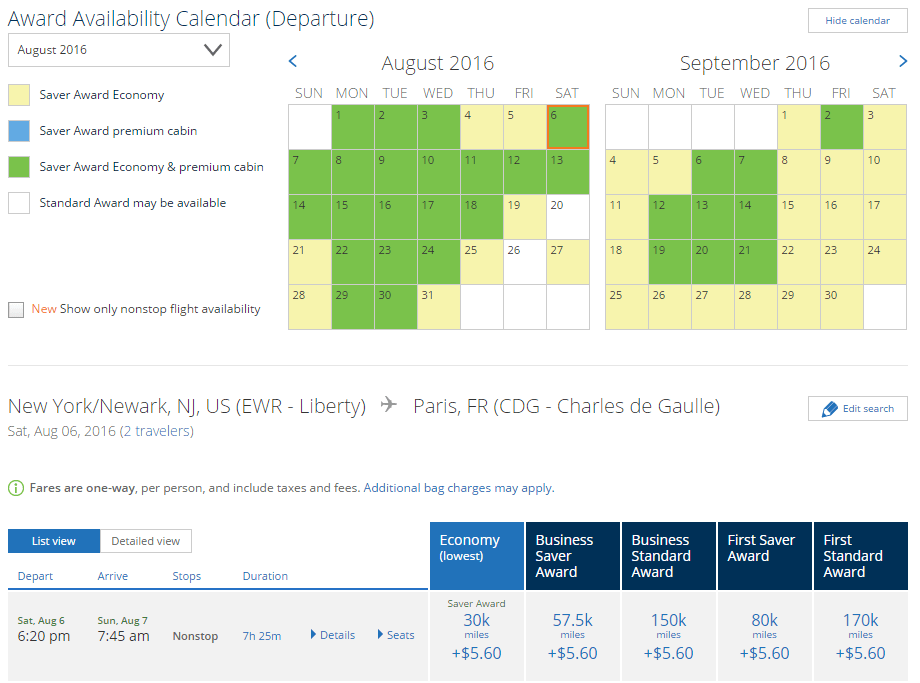 Other times, it may take longer. Let’s say you want to go to Munich. United does fly to Munich from Chicago, Houston, Washington and New York (Newark), but it doesn’t mean that you can easily snatch a United business class seat on the direct route. Remember that we are looking for a United flight because it’s going to cost 57,500 miles one way vs. 70,000 miles on a partner airline.

Go to United.com and enter your search parameters. You don’t need to log on, unless you are an elite member, in which case we recommend that you do as it may improve availability. If you are flying from New York, enter EWR (code for Newark). Don’t forget to tick the boxes for Search for award Travel and Nonstop. Click Search.

United has found a nonstop flight, but this flight is on Lufthansa, hence the price: 70,000 miles. 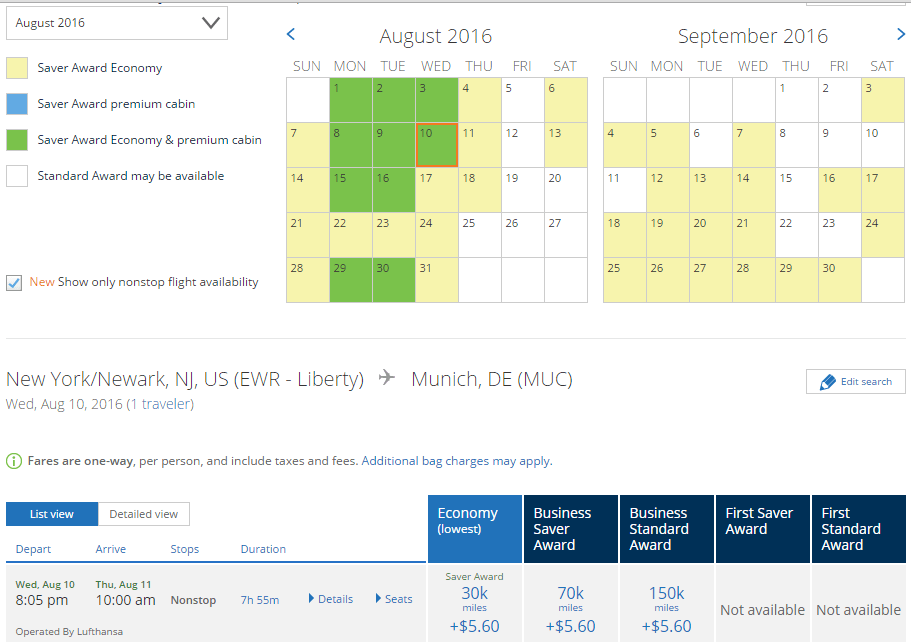 If you are flexible, you could click on other dates and check if there is at least one date available on a nonstop United flight. If not, let’s see scroll down and see what other options we have. 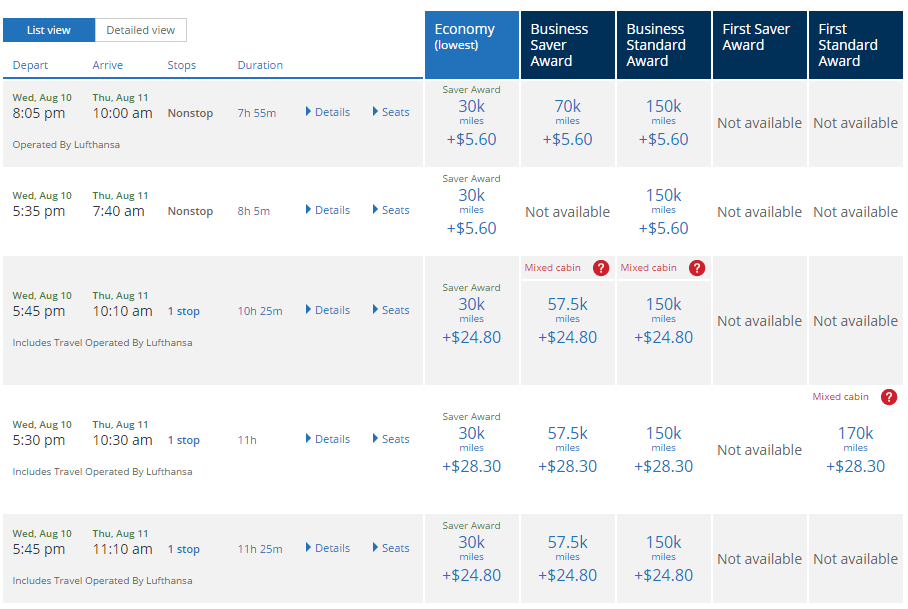 The first one in mixed classes, departs at 5:45 PM via Berlin for the transatlantic segment in business, followed by a short connecting flight in economy. It lasts just 1.5 hours longer than that direct flight on Lufthansa. Click Details to see the info. 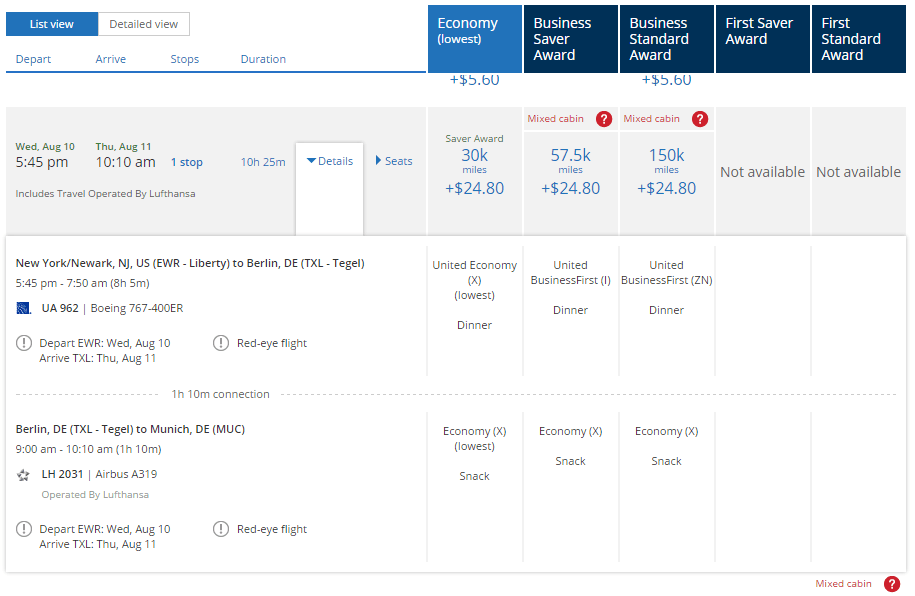 The second one departs at 5:30PM via Rome, with both segments in business; this one lasts two hours longer than the nonstop Lufthansa flight (click Details).

What you choose depends on how much value you assign to nonstop flights. Remember that 25,000 miles you save per roundtrip if you choose a United flight over Lufthansa is enough to book you an award flight in the U.S. or Canada. On the other hand, it’s hard to argue against the convenience of a nonstop flight.

See this post to learn how to verify that you’re getting a lie-flat seat, but do remember that every airline reserves the right to change equipment without prior notice.