United drastically devalued its business and first class award levels a few years back, then Delta followed suit and recently American. As of now, all U.S. and many foreign frequent flyer programs charge a lot of miles for the privilege of flying in the front of the plane, and the trend is likely to continue. But there are still bargains out there. You just need to know where to look.

There are a few programs that still have some reasonable rates for business class flights. One of them is ANA Mileage Club. It’s not always better than United, but when it is – it’s usually by a large margin.

How to Get ANA Miles

There are two U.S.-based transfer partners: American Express Membership Rewards and Starwood Preferred Guest. You can transfer points from both programs at 1:1 ratio, but SPG also gives you a 25% bonus for the transfer of 20,000 points or more. In other words, you can get 25,000 ANA miles for 20,000 SPG points. There is also a cobranded ANA U.S. based credit card, but it has a very low 5,000-mile sign up bonus.

What Are ANA Mileage Club Shortcomings?

When Using ANA Awards Is a Better Deal Than United Miles

Like United, ANA is a Star Alliance member, and like United, it has quite a few non-alliance members, as well. Just like United, ANA allows one free stopover and two open jaws on a roundtrip award ticket. This is where similarities end. ANA business class award rates are better (sometimes much better) for international flights to Europe, Asia, Australia/Oceania and Southern South America. If you carefully choose airlines and avoid the ones with fuel surcharges, you can, sometimes save as much as 50% of the miles. First class ANA awards can be quite expensive, and so we are not taking them into account, but business class is a happy medium. 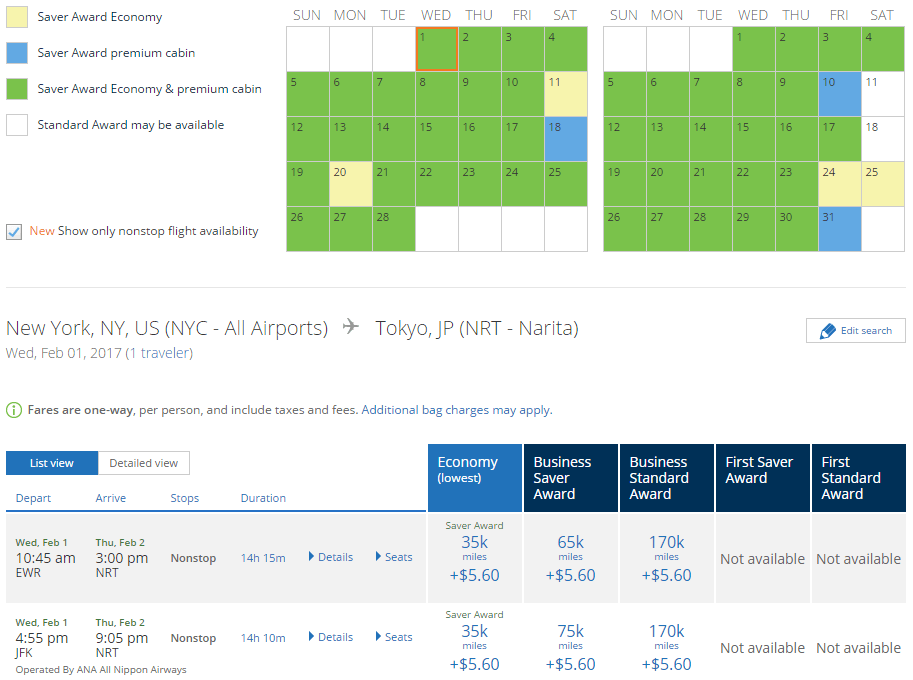 And here is the same ANA flight priced in ANA miles. There was no business class availability on United around these dates, but if it were, the price would be 90,000 per round trip. 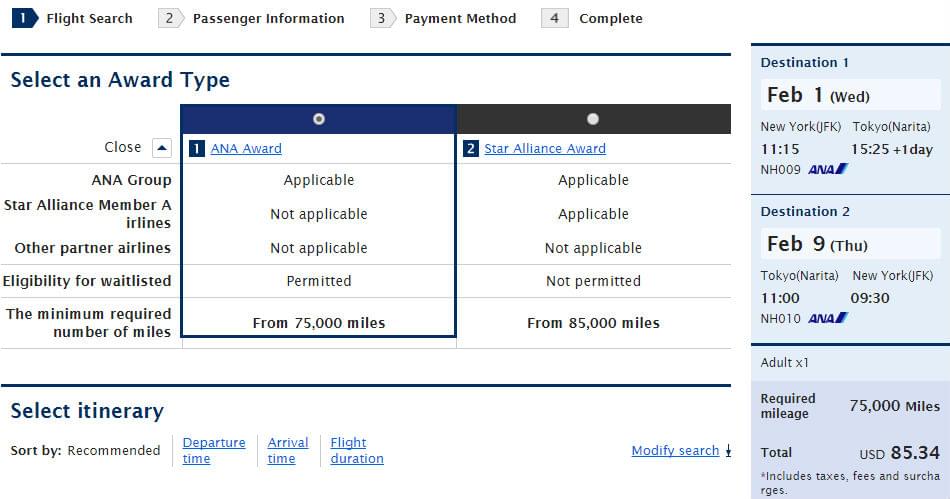 ANA miles aren’t always cheaper when you need to book a United or Star partner flight, but if you have a choice, using the miles from the right program can often save you a small fortune.