Fly the Most Miles For Your Reward Miles

Unfortunately for reward travelers in America, the days of zones when you could hop to nearby states on a couple thousands airline points are over.

Flying from Pittsburgh, PA, to Columbus, OH, (663) will typically run you the same number of points as a flight from Southern Florida all the way to Seattle, WA, the furthest you can fly in the continental U.S (2,724).

The Zone Approach and How to Maximize It 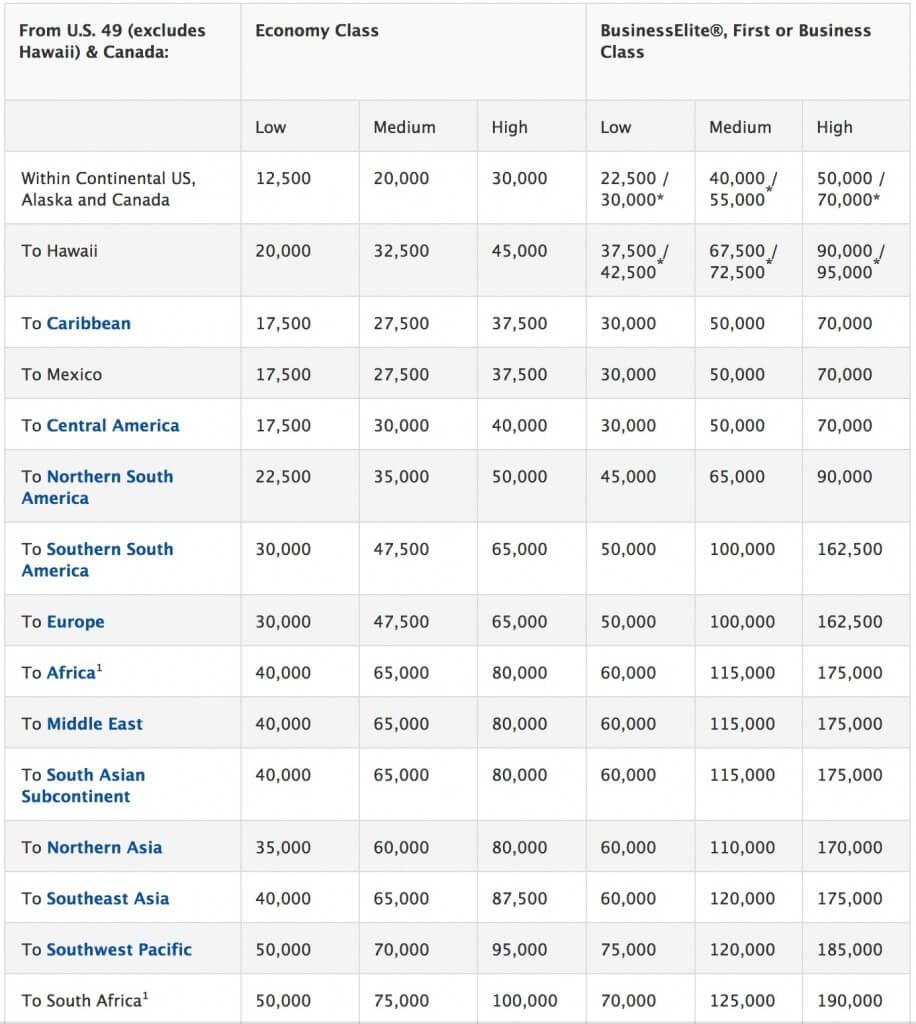 Many foreign frequent flyer programs, notably British Airways Avios, base their redemption rates on miles traveled. Award redemptions are determined with buckets of miles traveled, typically in increments of 500 on the lower end, 1,000 in the middle, and several thousand at the high end, rather than by geographic zones.

Though you’ll see a somewhat similar approach with some domestic carriers, like Virgin America and Jet Blue, who charge their frequent flyers a redemption rate based on the current cost of the ticket, most carriers break out their award redemptions into zones.

Airlines try to stave off frequent flyers from taking advantage of zones to travel long distances for the same amount of miles as a significantly shorter distance through the way they break out which countries are in which zones.

But you can still take advantage of zones on many other continents.

On the Delta Award chart above you’ll see that South Africa (the country, not a region designation) requires 20,000 miles more round-trip than the rest of Africa. So you could fly to Namibia (a country just north of South Africa that’s got great safari options and is 7,719 miles from Atlanta) for the same number of points as a flight to Marrakesh, Morocco (4,348 miles from Atlanta). You’re essentially getting the distance of a flight from the U.S. to Europe for free.

Even better, you can fly anywhere in Northern Asia, which includes Japan, Hong Kong, and Beijing, for just 10,000 miles more than Europe.

In October I wrote about the basic value of points in terms of cents per mile. When you’re making redemptions for long-distance rewards, the cents per mile equation can show you where some of the best values lie.

That 55% more value from your miles!

A Cheat Sheet of the Best Zone Redemptions

From the U.S. to Europe, US Airways is the standout winner, with off-peak roundtrips for just 35,000 miles.

If you live on the west coast, you can travel to Japan in style on top-rated Singapore airlines for 65,000 miles round-trip. Otherwise, American Airlines offers economy off-peak round-trips for 50,000 miles from anywhere in the U.S.

United can get you to Southeast Asia and Oceania, typically some of the longest flights you can possibly make, for 65,000 and 70,000 miles roundtrip respectively.

Though I’m primarily discussing economy redemptions here, I also wanted to mention that booking through Virgin Atlantic, you can get first-class award tickets for domestic travel in the U.S. for an absolute steal: just 45,000 miles. Air Canada also offers short-haul flights anywhere in North America for just 15,000 miles roundtrip.

Though it should go without saying, you’ll always get the best redemption values—the ones I’m listing here—by booking the lowest award class. If you miss those seats, awards can easily be twice as expensive, if not more.

One of the Best Overall Points/Mile Traveled Options

While round-the-world tickets seem like the provenance of young gap-year travelers, retirees finally seeing the world, or those lucky location independent nomads, they’re actually one of the best ways to maximize the distance you travel with points.