Fly to the Dominican Republic’s All-Inclusive Resorts With Miles

No matter how adventurous you are, there comes a time when you just want to relax, lie on the beach, sip a drink and do nothing. This is when an all-inclusive vacation is in order. Enjoy some good food and drinks, catch a show, grab a tour or two and unplug. There’s nothing wrong with having a cocktail in your hand at 9 o’clock in the morning!

The Dominican Republic is the capital of all-inclusive resorts in the Caribbean. There are other contenders, but this small country on the sun-kissed island of Espanola has hundreds of all-inclusive properties in a variety of price ranges. That abundance of choices is good, but it can make it hard to decide where to stay.

There are four main areas on the island with all-inclusive hotels: Punta Cana and La Romana in the southeast; Samana in the northeast; and Puerto Plata in the north. Each area is served by its own international airport. 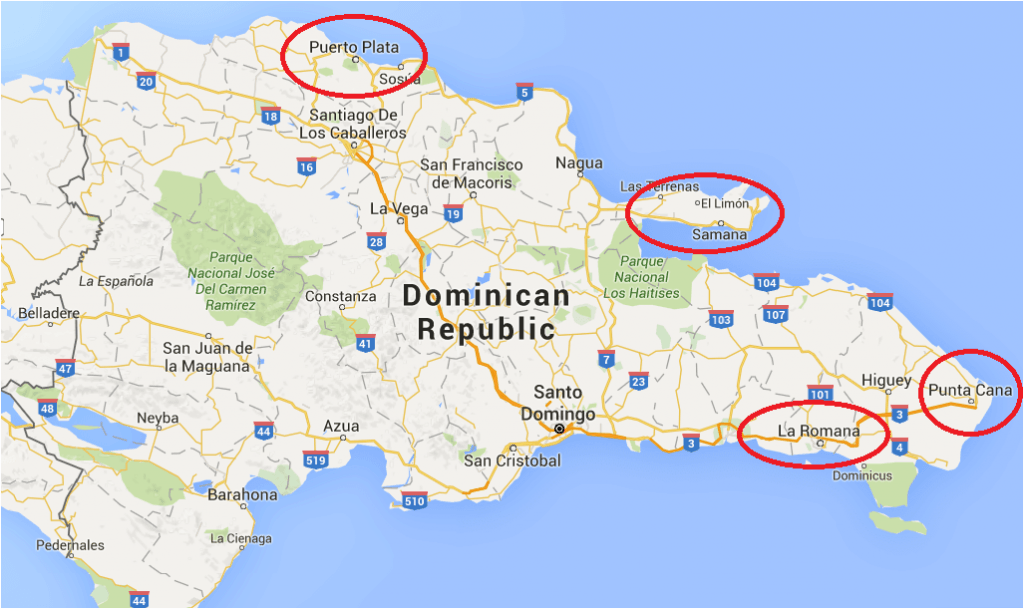 Santo Domingo may be the capital of the Dominican Republic, but Punta Cana is definitely the capital of all-inclusive resorts. There are dozens of resorts there, including some of the best in the world. The area is served by Punta Cana International Airport, and getting there on an award ticket has never been easier.

You can fly to Punta Cana with AAdvantage miles on the following airlines:

You can use MileagePlus miles to fly on the following airlines to Punta Cana:

You can use SkyMiles to fly on the following airlines to Punta Cana:

La Romana, located between Punta Cana and the capital, has a smaller, but still popular cluster of all-inclusive resorts. Although it’s only about an hour from Punta Cana, the area has its own airport: La Romana International Airport.

If you’re using AAdvantage miles, American Eagle, which flies to La Romana from Miami, is your only choice. With MileagePlus miles, Air Canada flies from Montreal, and seasonally from Toronto.

Samana is a smaller and younger resort area located on the east coast of the Dominican Republic. It’s served by Samaná El Catey International Airport.

Samana Airport is still rather small, and your choices of flying there with a major frequent flyer program are extremely limited. United’s partner Air Canada is your only option, and you will likely need to call to get an award ticket. Those flights depart from Montreal and Toronto, and seasonally from Halifax and Ottawa.

There are plenty of resorts in and around Puerto Plata, a reasonably large city located on the north coast. The area is served by Gregorio Luperón International Airport, and there are a few airlines that will get you there on an award ticket.

If you have AAdvantage miles, you can fly on American Airlines to Puerto Plata from Miami and seasonally from Charlotte.

Using MileagePlus miles, you can fly there on United from New York, or on Air Canada from Montreal and Toronto, and seasonally from Halifax.

In addition to the major U.S. airline alliances, there are other low-cost airlines you can fly using their respective frequent flyer programs. It’s impossible to say how many miles it will cost you because most of these programs are revenue-based, which ties the cost of an award ticket to its current cash price.

As you can see, smaller carriers can sometimes take you places big carriers won’t. Each of these airlines has their own co-branded credit card with a large sign-up bonus, and Southwest is also a transfer partner of the Chase Ultimate Rewards program. So you can save up miles with these carriers even if you don’t frequently fly on them.