The Kings of Stopovers: Japan Airlines and Cathay Pacific Programs

However, stopovers on revenue tickets are always limited to a few days, and no airline that we know of would let you stop at a destination other than in their home country. Compare that to award tickets, which allow you to make a stop anywhere in the world and spend months in different places if you want. Yet most people just fly roundtrip and never use this unbelievable perk.

Both Cathay Pacific and Japan Airlines are members of oneworld alliance, so here is the list of oneworld partners.

Cathay Pacific has two distinct charts. One is for a single or mixed carrier that allows for up to two stopovers (including the destination). But the other chart, called “Oneworld Multi-Carrier Awards Chart,” offers up to five stopovers and two open jaws, and that’s huge. 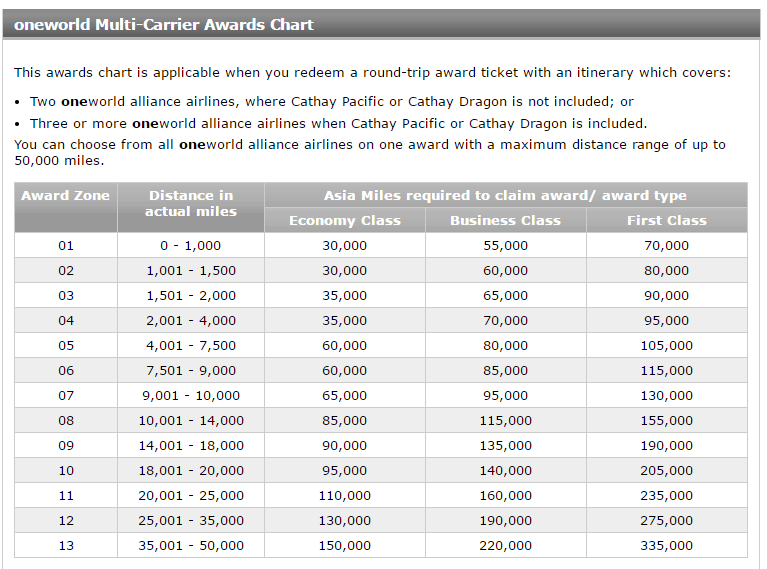 There will be additional taxes and fees, including fuel surcharges, but you can fly from San Francisco and make stops in Tokyo, Seoul, Kuala Lumpur, Bangkok, and Hong Kong for only 135,000 Cathay Pacific miles. Of course, it is hard – but not impossible – to put an itinerary like this together, and you might occasionally not be able to find a flight in your class of service.

Which Airlines to Use

The good news is that American, Cathay Pacific, and Japan currently don’t impose fuel surcharges (Cathay adds a tiny insurance surcharge), so use them whenever possible. In our example, using Cathay Pacific for flying between Colombo and Hong Kong instead of Malaysia will save you a few dollars.

Still, even when you have to pay fuel surcharges, they aren’t really huge. Taxes and fees for a ticket like this would be around $400-500. That’s not much for this amount of travel.

For travel to Asia you can use the following airlines: American, Japan, Cathay Pacific, Malaysia, SriLankan, and Qatar. Qatar has fifth freedom flights between Bangkok and Hanoi and between Phnom Penh and Ho Chi Minh City.

Cathay Pacific stopover deals are not limited to Asia. You can build killing multi-city oneworld itineraries to Europe and Latin America, too. Per T&C, there are some restrictions (for example, stopovers are not allowed on Iberia and some other airlines).

If you thought that Cathay Pacific was great about stopovers, wait till you hear about Japan Airlines.

All of these charts are good in their own right, but Japan’s oneworld Award Ticket Chart offers seven stopovers. And not just offers – shouts about it from the rooftops.

This example shows an economy award for a flight between Tokyo and the U.S. with stopovers in Los Angeles, New York, and Orlando.  It costs 60,000 miles and the same flight in business is 100,000 miles. You can do even better than that if you have the time. 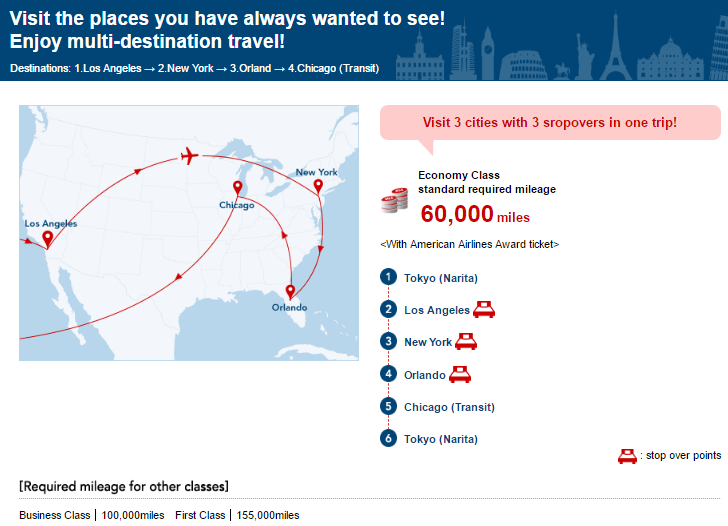 Since Japan doesn’t have a lot of routing restrictions, you can build amazing itineraries all over the world provided there is award space available. Here is an amazing itinerary you can put together from Miami to visit several South American cities. 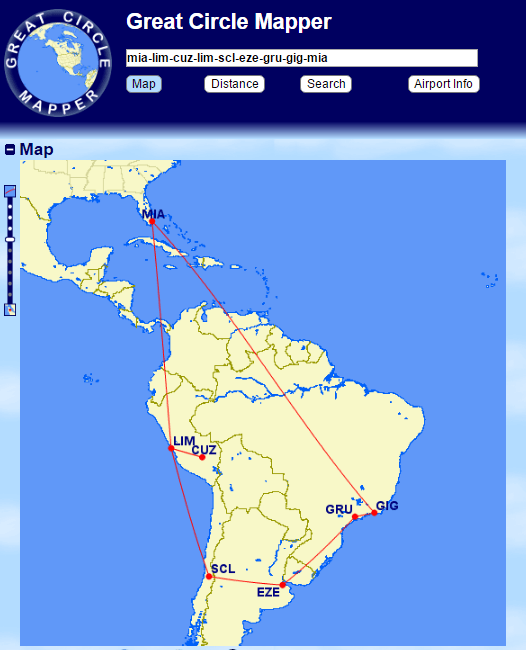 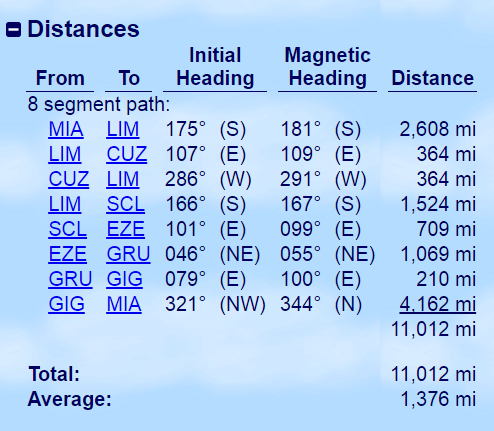 Or you could combine visiting two epic destinations in South America with a relaxing beach vacation in Punta Cana or Cancun on the way back. And you won’t believe how much (or rather how little) it will cost you.

Fly from Miami to Guayaquil, Galapagos Islands (Baltra or San Cristobal), Quito, Lima, and Machu Picchu, before heading to Punta Cana or Cancun via Lima and back to Miami. You might really enjoy a few days at the beach after an active vacation like this. And this amazing journey would cost you 50,000 miles in economy or 80,000 miles in business (although you won’t be able to fly business on all routes). And there are no fuel surcharges in the Americas. 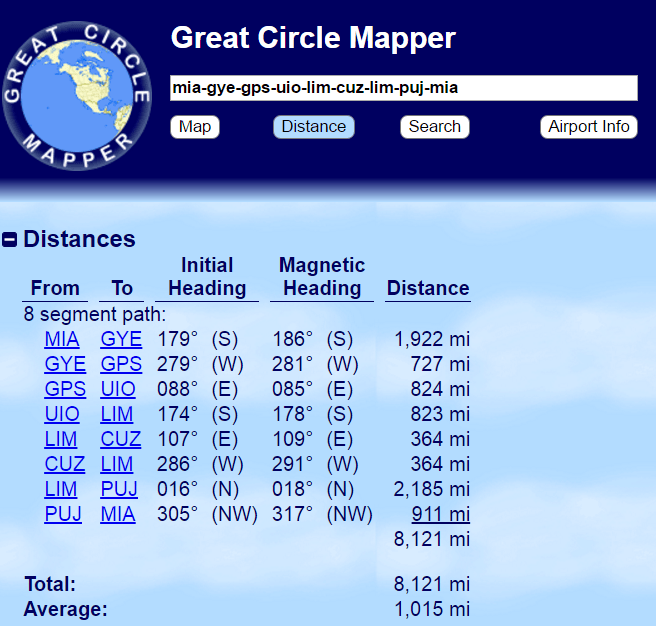 Which Airlines to Use

Avoiding fuel surcharges is an art nowadays since most airlines add them to most of their partners. Luckily, Japan Airlines is quite open about it and lists some examples of taxes and fees.

For the Americas, there are no fuel surcharges. You can fly American and LATAM (created by a merger of LAN and TAM airlines) almost anywhere. For Europe, use American and airberlin (no surcharges), Iberia for moderate surcharges, or Finnair for charging much less than British. For the Middle East, no surcharges are added to Royal Jordanian and Qatar. And you want to avoid British Airways and Qantas on long-haul flights.