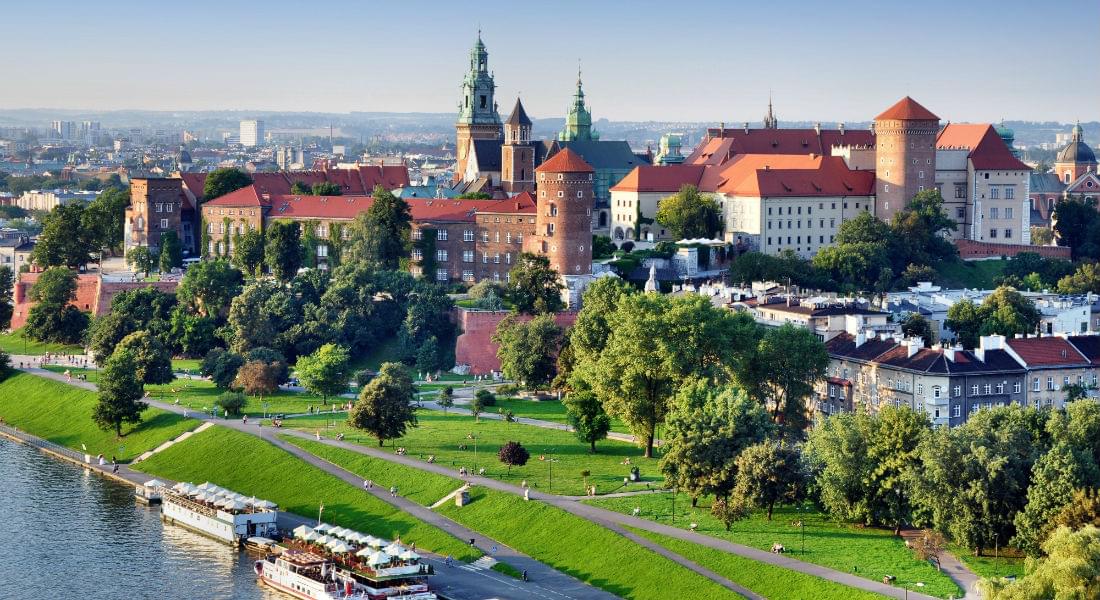 Krakow, located in southern Poland on the banks of the Wisla River, is a beautiful and historic city. The city center, referred to as the Old Town, is a UNESCO World Heritage Site. Exploring its medieval streets and climbing Wawel Castle Hill—the most famous city landmark—is a thrill, but there’s so much more to see.

The neighborhood of Kazimierz is a trendy and fashionable destination. It features a number of outdoor cafes, restaurants, clubs and art galleries. And the best ice cream in Krakow is sold here, too. Just look for the long line on Starowiślna street.

Historically, Kazimierz was split into two districts, with Christians living in the west and Jews in the east. There’s still plenty of history see, with a number of museums, churches and renovated synagogues open to the public.

Although there aren’t a lot international airlines that fly to Krakow, it’s easy to get there with miles. Award availability is generally good using any of the three major airline alliances, but the Star Alliance and oneworld often have more award flights than SkyTeam.

You’ll fly into John Paul II International Airport Kraków–Balice. It is a small, but growing airport that is located in the village of Balice, about 16 miles from the city center.

AAdvantage Miles and the oneworld alliance

British Airways adds hefty fuel surcharges to flights between Europe and the U.S. You can minimize those charges by flying on American Airlines to London, and then taking the second leg to Krakow on British Airways.

Economy award flights cost the same with all three alliances unless you fly off-peak between October 15 and May 15 using AAdvantage miles. You’ll save 20,000 miles on a round-trip ticket, spending only 40,000 instead of the standard 60,000. If you plan to fly in a premium class, the oneworld alliance offers the best rates.