While traveling can be fun, it can also be frustrating. It’s not just delays, lost luggage and bad weather that can ruin your flight, but also etiquette-challenged passengers. In a new study by Expedia, seat kickers, screaming kids and passengers that smell bad top the list of in-flight annoyances.

Expedia’s third annual Airplane Etiquette Study asked over a thousand U.S. travelers what behaviors frustrated them the most. Answers ranged from boozers and overhead bin hogs to queue jumpers and back seat grabbers. Even with all of these shenanigans, three quarters of the respondents still believe that people are considerate when traveling. 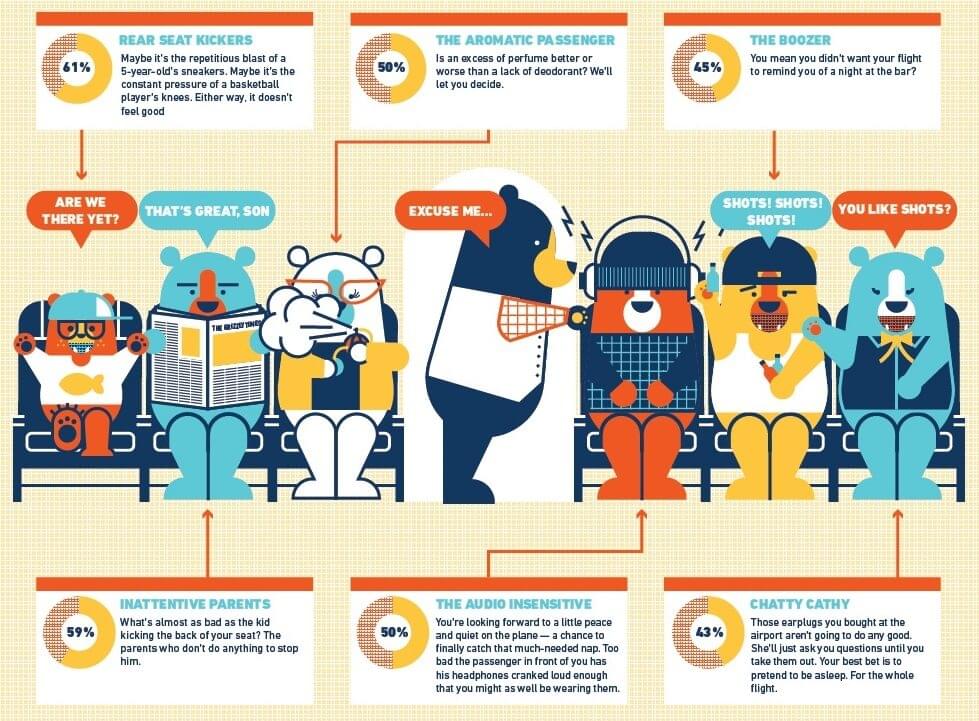 The top spot goes to the seat kickers, with 61 percent saying that this is their top peeve. Inattentive parents, as Expedia calls them, who let their kids run amok in the aisles and scream endlessly, are a close second at 59 percent. And third, at 50 percent, are passengers who smell bad, whether it’s because of poor hygiene or pungent foods.

Have you ever sat next to someone whose music is so loud on their phone or tablet that you can hear it? That inconsiderate behavior ties with smelly passengers for third place, followed by the Boozer, the Undresser and the Chatty Cathy.

Most respondents (75 percent) said that they don’t mind a bit of small talk, but, for the most part, they want to be left alone during a flight. Only 16 percent said they were looking to meet and chat up new friends while in the air. 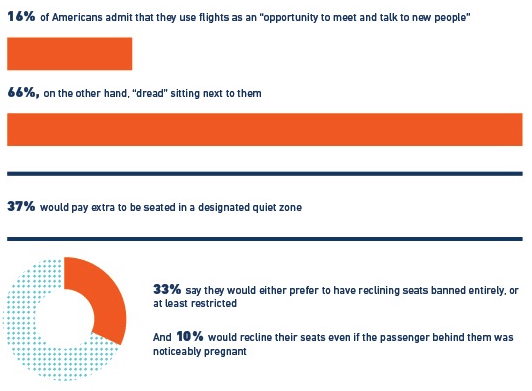 Would travelers pay more to sit in a quite zone? The answer is yes for a third of the respondents who said they’d pay for peace and quiet.

Have you ever felt smooshed when the person in front of you reclines? That’s also a common flash point, with just a about a third of the travelers saying that they would prefer it if seats didn’t recline. Overall, only about 31 percent said that they actually recline while in the air.

Check out the rest of the etiquette violators, and more details about the study, go here.