Flying to Iceland in Style

Iceland is unique and fascinating, which is proof that you don’t have to travel far to see something new. It’s easy to get there, especially if you live on the East Coast. Flights between New York and Iceland are only five-and-a-half hours. That’s less time than you’d spend flying from New York to Los Angeles.
Delta offers seasonal flights to Iceland from New York, which, for 2016, begin on May 22 and end on August 4. This year, Delta extended its service until September 27, so they may do that next year.

The problem with flying Delta to Iceland, though, is that it can be difficult to find economy award seats at the lowest redemption rate. The airline releases more business class award seats at the saver redemption level than economy seats. So, if you’re using SkyMiles to get to Iceland, there’s a chance that you’ll find a deal on a business class award seat that costs the same or less than the available economy fare.

Here are the prices for economy award flights in June: 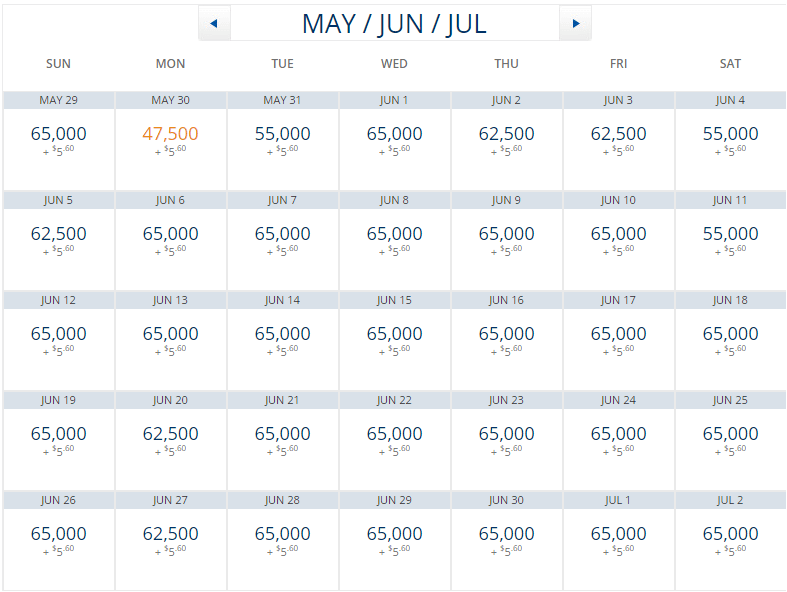 And these are the prices for business class awards during the same month: 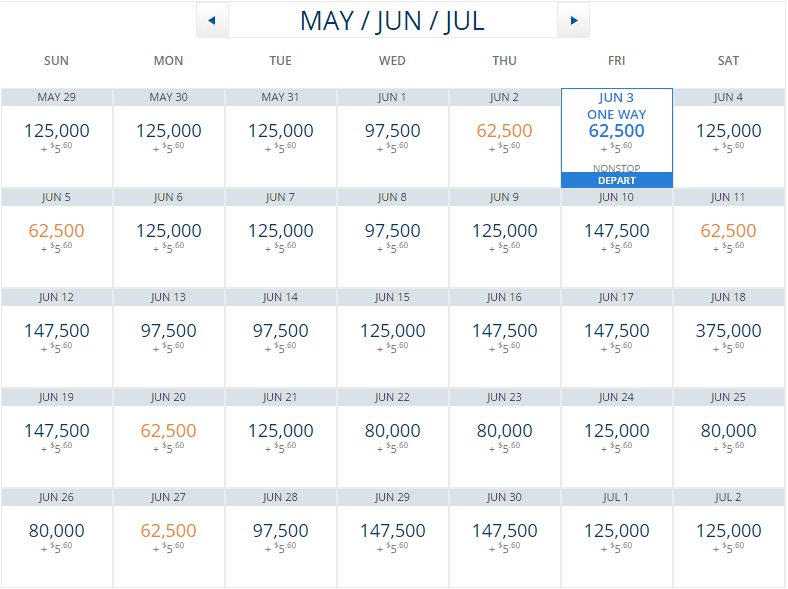 On some dates, such as June 3, Delta is charging the same amount of miles for economy and business class. That’s because Delta releases business class seats at the cheapest level for some dates, but all economy class seats on this route are priced at a higher rate. In theory, economy awards are offered at the lowest redemption rates, but they just aren’t available.

Flying to Iceland and Germany in Style

On my most recent trip to Europe, I wanted to see Iceland, but also make a stop in Germany. I needed to use SkyMiles to pay for the bulk of my flights, and since I couldn’t find cheap economy award tickets, I ended up booking business class seats for both of the long-haul segments across the Atlantic. They actually cost the same miles as the available economy tickets.

Keep in mind that it’s sometimes better to use your miles on partner airlines. This was my final itinerary:

While it might seem a bit convoluted, using this itinerary allowed me to get where I wanted, when I wanted. I didn’t have to compromise on my travel dates, layover times or class of service.

Was It Worth It?

All business class seats are not created equal. The first leg of the trip on Virgin Atlantic’s business class had a lie-flat seat. It was very comfortable, even if the seat felt a little cramped.

The short hops on KLM between London, Amsterdam and Hamburg didn’t offer anything special. Flights within Europe on most European carriers typically offer standard seats in business class, but the middle seat is blocked. You get more space with two passengers instead of three, but it’s nothing spectacular.

The flights between Hamburg, Düsseldorf and Oslo were on Scandinavian Airlines in economy. It was comfortable enough. I managed to get an aisle seat, and was able to doze off for most of the time.

The return Delta flight in business class between Reykjavik and New York had the old recliner-style seats that the airline uses on domestic U.S. flights, but with individual entertainment systems. Delta has upgraded all of the planes that it flies to Europe with lie-flat seats, except for this route. Presumably that’s because the flight is relatively short, compared with other routes.

In the end, this flight was excellent. The service was top-notch, the flight attendants were very friendly and the food was surprisingly delicious. I was planning to work on the flight, but ended up watching a couple of movies instead.

Overall, it was a great trip, and it was definitely worth flying in business class with SkyMiles. Unfortunately, if you’re looking for Iceland’s Northern Lights, you can’t use Delta. The best sightings are in October and March, and Delta only flies to Iceland during the summer. There are other options, though for seeing the Northern Lights in Iceland with miles.