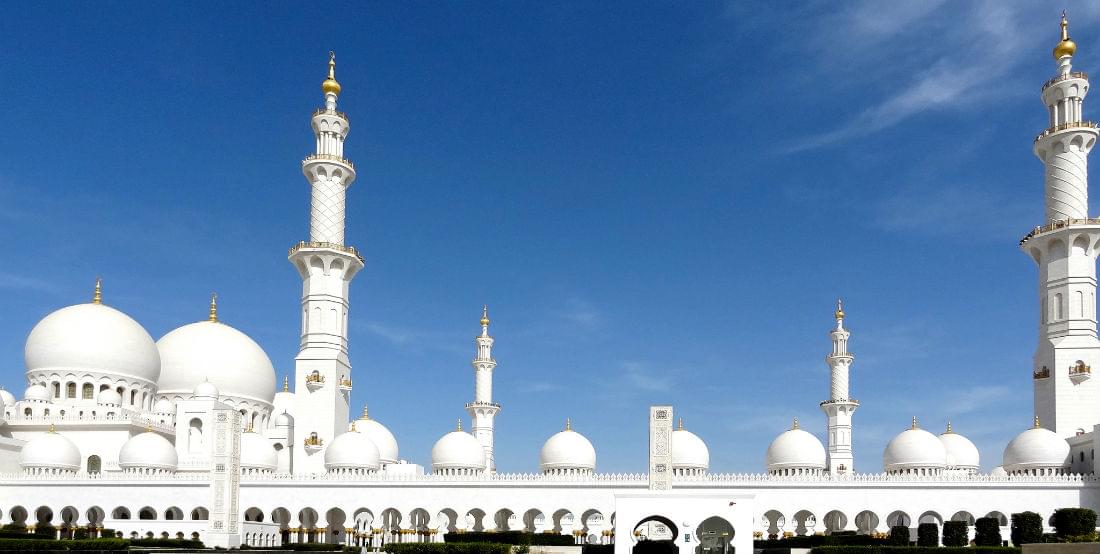 Abu Dhabi is the capital of the United Arab Emirates and the second biggest city in the country. As a travel destination, it is usually eclipsed by its more glamorous cousin Dubai, with its grandiose architecture and burgeoning travel industry.

Abu Dhabi’s time has come though. It was named by CNN as one of the top 10 destinations to visit in 2015 ranking alongside better known cities such as Milan and Singapore. That’s because Abu Dhabi is working hard to become the cultural capital of the Middle East.

The construction of the largest single complex of world-class museums on the planet is underway there. The giant, almost 300,000 square foot Saadiyat Island Cultural District will house the first Louvre outside of Paris later this year, the Zayed National Museum next year, and the world’s biggest Guggenheim museum in 2017. In addition, there will be a performing arts center, a maritime museum and multiple art pavilions.

Whether you want to experience Abu Dhabi’s sophistication and culture, or just take in the luxurious surroundings and relaxing beaches, flying there with miles is not difficult thanks to airline partnerships and alliances.

The easiest and the most enjoyable way to fly to Abu Dhabi is on American Airlines partner Etihad Airways. The airline flies nonstop from the following U.S. cities:

Availability can be a problem, but it’s worth the extra trouble if you can find a seat. Not only is Etihad the only airline offering nonstop flights to Abu Dhabi, they also offer exceptional quality and service. Their seats, food and entertainment options are among the best you’ll find in the air.

You can also use AAdvantage miles to fly to Abu Dhabi on a variety of oneworld alliance airlines. These carriers offer award flights from the U.S.:

Qatar Airways is probably the second best option after Etihad in terms of luxury, comfort and service. British Airways will levy a hefty fuel surcharge on transatlantic flights, so it’s best to avoid them.

United doesn’t fly to Abu Dhabi, so you’ll have to take another member of the Star Alliance to get there using MileagePlus miles. Unfortunately, none of those carriers offer nonstop flights. These are your options:

Delta doesn’t fly to Abu Dhabi, but these SkyTeam members do:

Star Alliance and SkyTeam may offer slightly cheaper economy class redemptions, but if you can find a seat it’s probably worth paying a little extra to fly nonstop on American Airline’s luxurious partner, Etihad. If you plan on flying in a premium cabin, AAdvantage miles can get you the best deal.