Program devaluations are the bane of every frequent flyer. You go into this pastime with your eyes open. You study the program rules and award charts and make a plan to earn the miles that will net you award flights to your dream destination.

Then it happens: A program makes a change that is not in your interest. A devaluation can take many forms, including an updated award chart that pushes up the number of miles it takes to get to your preferred destination, a change to how many miles are awarded, or a tweak to a rule that makes booking or changing a reservation more costly.

While programs can make changes to their rules at any time, it often happens in the first quarter of the year. RewardExpert talked about the perils of devaluations at this time last year, and now its time for an update.

As of April 28, 2015, British Airways will make some changes to its program. When it comes to earning Avios, you will generally earn fewer miles on cheap flights and more miles for pricier premium fares. Short, domestic flights will still be well-priced, but premium long-haul award tickets will get more expensive.

Now, on to redemption changes on BA. The airline has instituted off-peak award discounts, but they are only available on British Airways flights and not on partner airlines. Also, you’ll use more Avios to fly in premium cabins. Here’s how those changes look in reality:

Despite these changes, British Airways Avios miles are still a terrific value for short flights, especially on partners such as American Airlines, US Airways and Alaska Airlines. Those partners can, for example, get you to Hawaii from the West Coast for minimal Avios.

There is currently a technical glitch that is preventing travelers from booking Emirates first class awards after March 28, 2015, with Alaska Airlines Mileage Plan miles. Alaska Airlines says this is a technical glitch and that they are working to resolve it, but there’s a chance that Emirates is purposely blocking these award seats from its partner.

We’ll just have to wait and see if the glitch gets fixed, or if this is Emirates way of reducing the number of award seats it doles out to partners like Alaska Airlines.

As of March 1, 2015, United is changing the mileage earnings rates for travel on its partner airlines. If you fly premium fares, you wont see many changes, as those fare buckets generally earn more miles than discounted economy fares.

However, the earnings rate for some partners is decreasing. For example, an Air New Zealand economy fare used to earn 100 percent. After March 1, that same flight will only earn 75 percent of the miles flown. The same goes for a discount economy ticket on ANA and economy on Singapore Airlines.

We cant discuss program changes without mentioning the train wreck that is Delta SkyMiles. The program has changed quite a bit in recent years, including moving to a revenue-based program and instituting an insanely complex award chart that includes five different levels.

Now the airline has deleted its award chart from its website completely. Forget about transparency and understanding exactly how much an award ticket will cost you. You’ll have to search for an award ticket online to find out the rate in miles. 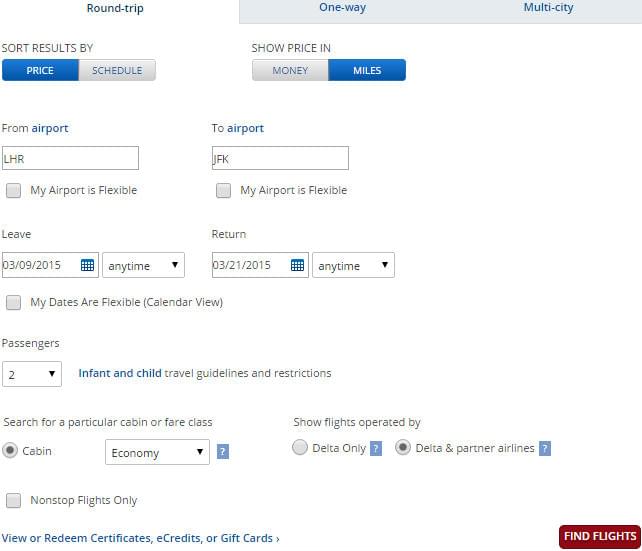 This means that you really have no context for how much the ticket could cost if certain award levels were available. How will the average frequent flyer be able to judge if he or she is getting a good value or should keep searching for an award level that costs fewer miles?

A Dash of Good News

Finally, wed like to leave you with a bit of good news. There is actually a program that has made a change in favor of the consumer: American Airlines AAdvantage.

As of February 2, 2015, the program will waive the telephone booking fee for any award that cant be booked online. Thank you, AAdvantage. That’s very welcome news. If you do call to make a reservation that can be made online, you will be charged $30 for domestic itineraries and $40 for international flights as of February 16.