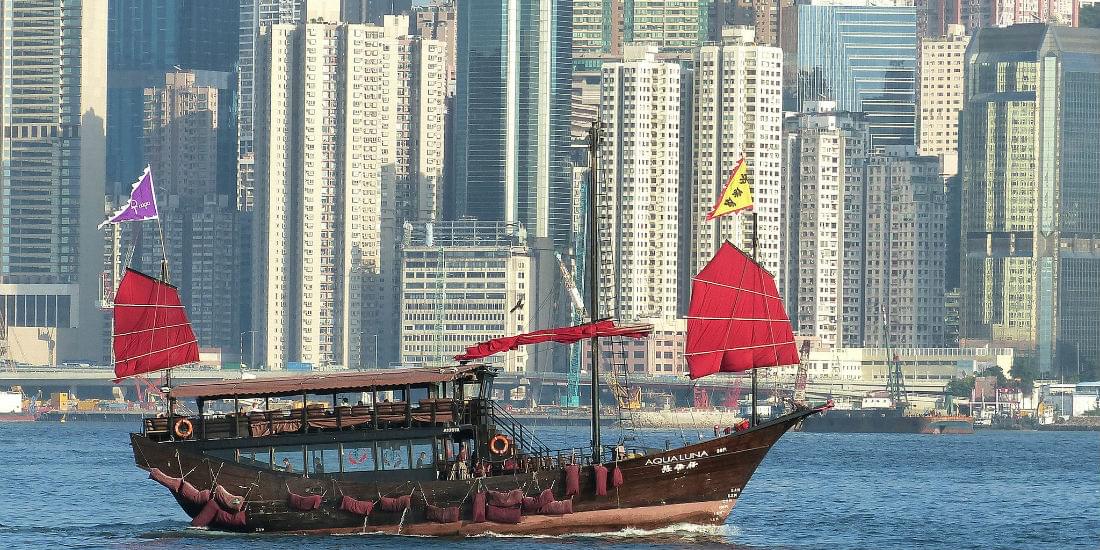 For a few months now Ive been saving up miles and plotting a year-end trip to Asia. My brother is graduating from college in December, and as a graduation present, I decided to take the family to Hong Kong and Singapore right after he wraps up his last final. While accruing miles was fairly easy, there were a few obstacles in the actual booking process:

Award space for five. I knew from the outset we would have to split up into different cabins and maybe even different flights. The good news was that Japan Airlines had good award availability to Tokyo Haneda Airport, with upwards of four business-class seats per flight. There were other timing factors to consider, but I recognized early on that Japan Airlines would be our gateway into Asia via Tokyo.

Travel dates. Timing was a major issue. Airlines tend to restrict award space around school holidays, as demand is high and they can charge more for cash tickets. In our case, we couldn’t leave before December 20, and booking months in advance the earliest available departure date I found was December 27. Not ideal when one of your travel companions has to be back by January 5 and you’re squeezing in two destinations.

Changing plans. This actually turned out to be a blessing. My parents, who were originally going to travel with us, decided to squeeze in a side trip to India. They would travel with us as far as Hong Kong, spend a few days there, then continue on to Delhi and then back to San Francisco after a week. This worked out well in terms of opening up award space before the year-end blackout.

Zero premium award space on the return. While I eventually managed to get us all to our destination, the problem was award space on the return. Finding any availability after New Year’s Eve is always tough in all cabins, but especially in business class. While four of us were fairly flexible with our return dates, one person absolutely had to be back by January 5Å“something that proved to be quite a challenge.

I managed to overcome these hurdles with a few workarounds. What really helped were the different reward currencies we were using (United MileagePlus and American AAdvantage miles), which afforded us great flexibility in finding award space.

First, I booked San Francisco-Hong Kong-Delhi-San Francisco for my parents, using 160,000 United miles each. Every segment was in business class, with San Francisco to Hong Kong flown on United, Hong Kong to Delhi on Thai Airways, and the returning Delhi to San Jose, Calif., segment on ANA business class. Returning to San Jose wasn’t a major problem. I was just glad to find award space to get them back home.

I got two travel companions and myself on a Japan Airlines flight to Tokyo Haneda, departing from San Francisco. After keeping a diligent eye on award availability, I found us three business-class seats on the same flight, departing just three days after our preferred date. From Tokyo, I found a Japan Airlines flight to Hong Kong with three business-class seats together. The cost per person for this segment came to 55,000 AAdvantage miles.

Well spend four nights in Hong Kong, then fly to Singapore on Cathay Pacific using 10,000 Avios per person in economy. The flight is just three hours long, so it doesn’t really matter which cabin were in. The reason for the separate Avios award is because were using AAdvantage miles and since American Airlines doesn’t allow stopovers, well need another way to get to Singapore. After five days in Singapore, the three of us will take a Japan Airlines flight from Singapore to Narita Airport to Haneda to San Francisco for 35,000 miles each.

While this isn’t a premium cabin trip on the whole route, the important thing is that well get to travel to Asia, partly in business class, save thousands of dollars, and manage to get back home without spending an excessive amount of time in Singapore just so we can fly in a premium cabin. Ultimately, it all worked out quite nicely.