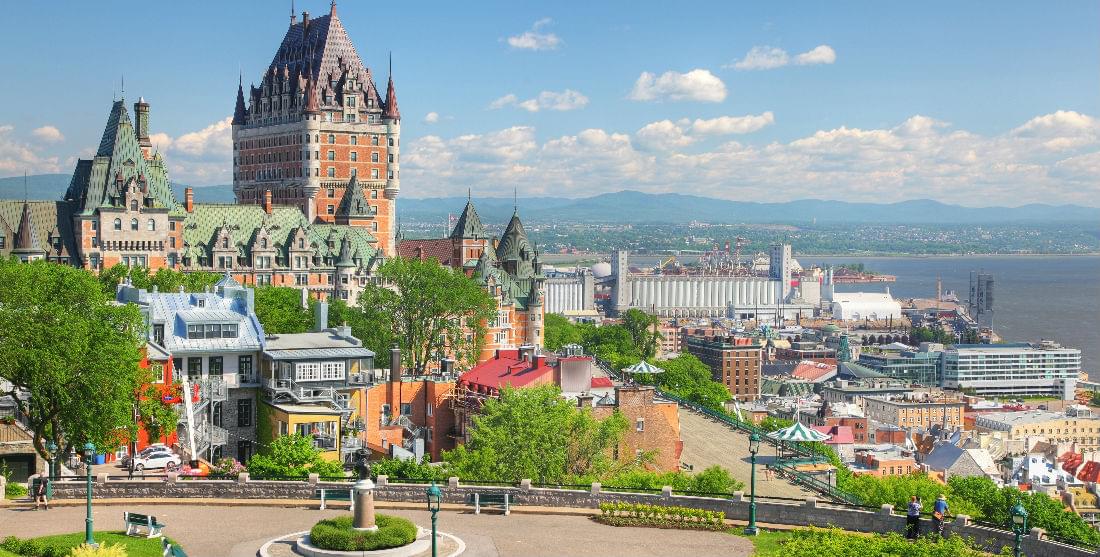 If you’ve always wanted to visit France but have little time or a limited budget, there is an alternative on this side of the Atlantic. Use your miles to fly to the capital of French Canada, where you’ll find a smaller, less crowded Paris.

Quebec City, just an hour and-a-half-hour flight from New York, will make you forget that you are still in North America. Fortified walls, cobblestone streets, medieval-style churches with bell towers, and fantastic French food everywhere you go. Unlike Paris, the Canadian version is amazingly easy on the wallet.

How to Get There on Miles

Its very easy to get to Old Quebec because all three alliances fly there. You can book non-stop from New York, Newark, Chicago, and Philadelphia. Or, if you’re flying into Montreal, you can finish your trip on a scenic train ride through the Canadian countryside and arrive in Quebec City in three-and-a-half hours. A bus ride between Montreal and Quebec will take about the same amount of time.

Due to the recent merger between American and US Airways, you can search award flights on either site, and you can use either airlines miles to book travel on the other. Availability to Quebec City with American or US Airways is generally pretty good, even during the peak summer months.

If you’re flying from Philadelphia and have British Airways Avios award miles, use them on non-stop US Airways flight. It will cost you only 9,000 Avios per round trip compared to 25,000 American or US Airways miles.

United flies non-stop from Newark and Chicago. It charges 20,000 miles for a roundtrip from New York or Newark and 25,000 miles for departures from other cities. If you take an Air Canada flight, it will cost 25,000 miles. Availability is very good from all of United’s departure points, even during peak times.

Delta flies to Quebec City non-stop from New York, and the flight costs 25,000 miles. It appears to have decent award availability this summer. Its options are not as good as American and United, but it has some choices if you’re flexible on travel dates.

I value Delta miles less than American and United miles so I would look into using Delta first and keep the more valuable AAdvantage and MileagePlus miles for another use that maximizes their value.

There is a lot to explore in Quebec City and the surrounding countryside during the summer, but consider a visit to Quebec City during the winter. In February it becomes home base for the world-famous Winter Carnival. Yes, its cold. But the Old City is gorgeous in the winter, and the Carnival is lots of fun.