Milan was just named the number one place to go in 2015 by the New York Times. This year the city will host the 2015 World Expo from May 1 until October 31, so if you’re savvy enough with your booking dates you can explore the over 60 pavilions from more than 130 countries for the bargain price of an off-peak award ticket. You’ll have to fly in early May or late October, but you’ll save 20,000 miles.

Milan has invested heavily in revitalizing the city in time for the Expo, and it’s really paid off. The millions of visitors expected this year will enjoy the recently renovated facade of the staggering 40,000-person-capacity Duomo di Milano. It’s never looked better. And the 19 million Euro redevelopment of La Darsena, the city’s ancient port, offers relaxing tree-lined walkways, quaint cafes and shops, and great views of the city.

Award flights are always easy to book to Milan, but since the city’s a great place to visit any time of year, why not save some miles and get an off-peak bargain? Read on to find out how.

How to Use Miles to Get There

Regular coach redemption rates to Milan are 30,000 miles one way for all three of the major alliances. Dozens of airlines from the alliances fly to Milan, but only the following carriers offer direct flights:

Emirates also offers direct flights to Milan from New York’s JFK Airport, but it is not a member of one of the three big alliances. It does have a number of partner airlines, and you can use their miles for your flight. For example, if you have Alaska Airlines miles, you can get an award ticket to Milan on Emirates and avoid fuel surcharges.

It’s generally pretty easy to find a flight as all of the alliances offer good availability, but that may start disappearing as the event draws near. If you want to fly direct, American and Delta have the most availability.

Flying to Milan in the low season will save you a lot of miles, and American offers the best off-peak bargains. The normal redemption rate for flights to Europe is 30,000 miles one way, but American offers 20,000 mile redemptions between October 15 and May 15. If you can make those dates work, it’s well worth your time to check out American’s award flights first.

As you can see below, there are a lot of economy MilesSAAver off-peak flights available to Milan from JFK. 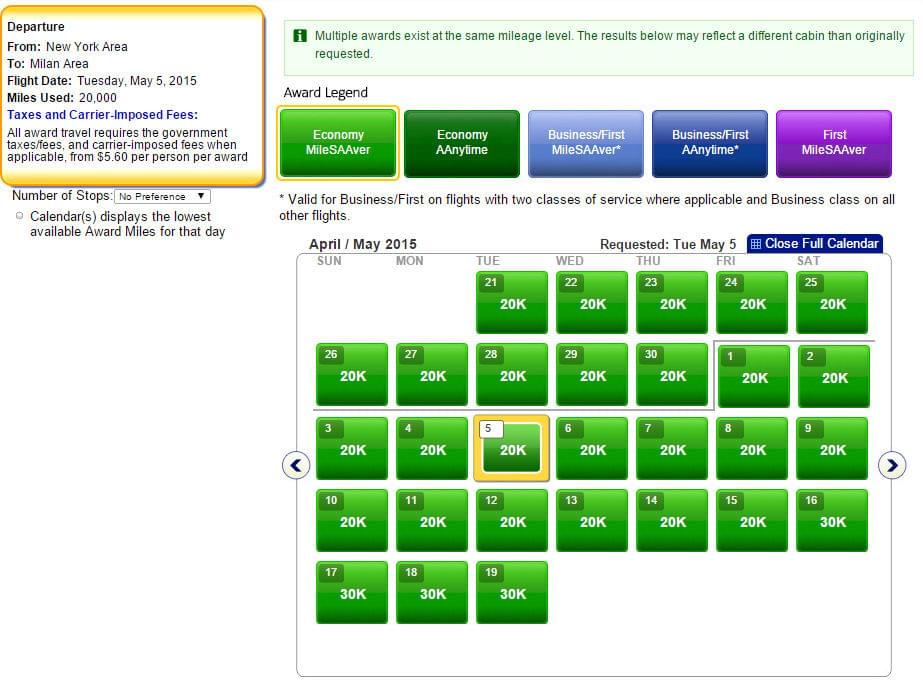 Most of the flights are on British Airways though and it’s best to avoid them for transatlantic flights because of their high fuel surcharges. Below is one option that minimizes that cost: 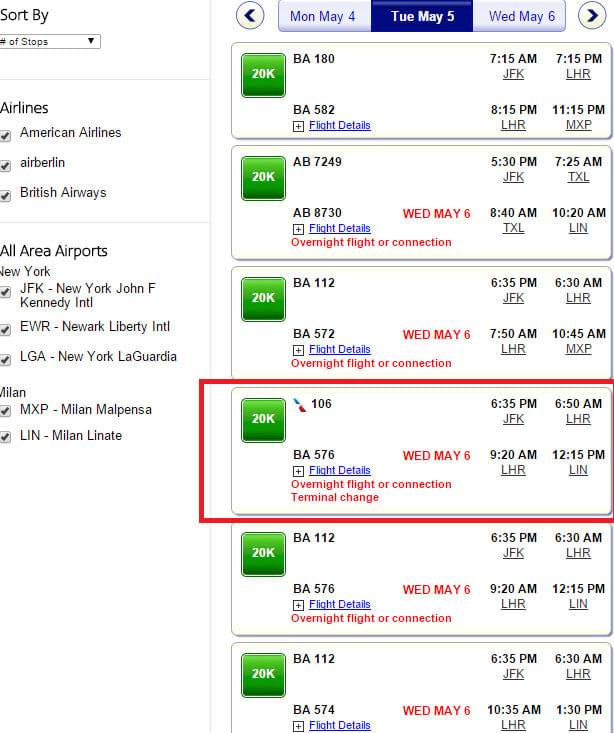 The first leg over the Atlantic is on American Airlines, and the shorter flight from London to Milan is on British Airways. This is good because British Airways’ fuel surcharges for flights within Europe are low. But there’s another problem: London Heathrow Airport’s taxes and fees are fairly high.

A better option might be to fly airberlin. There are no fuel surcharges, and the taxes are low if you fly through Germany. Here’s an airberlin flight with a layover in Berlin: 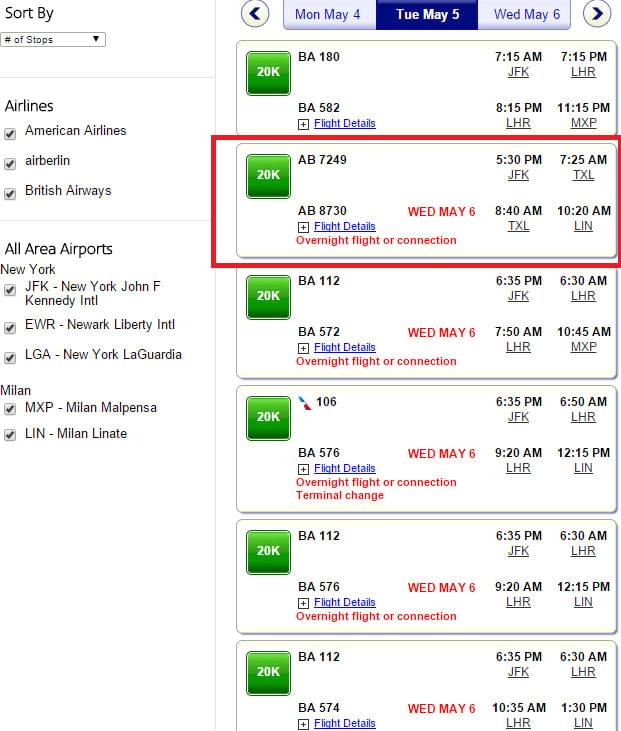 If you’re flexible with your travel dates, you might be able to book a non-stop flight at the off-peak rate. To see the availability of those flights, select “Non-stop only” from the drop down menu for the number of stops. You’ll have notably fewer options: 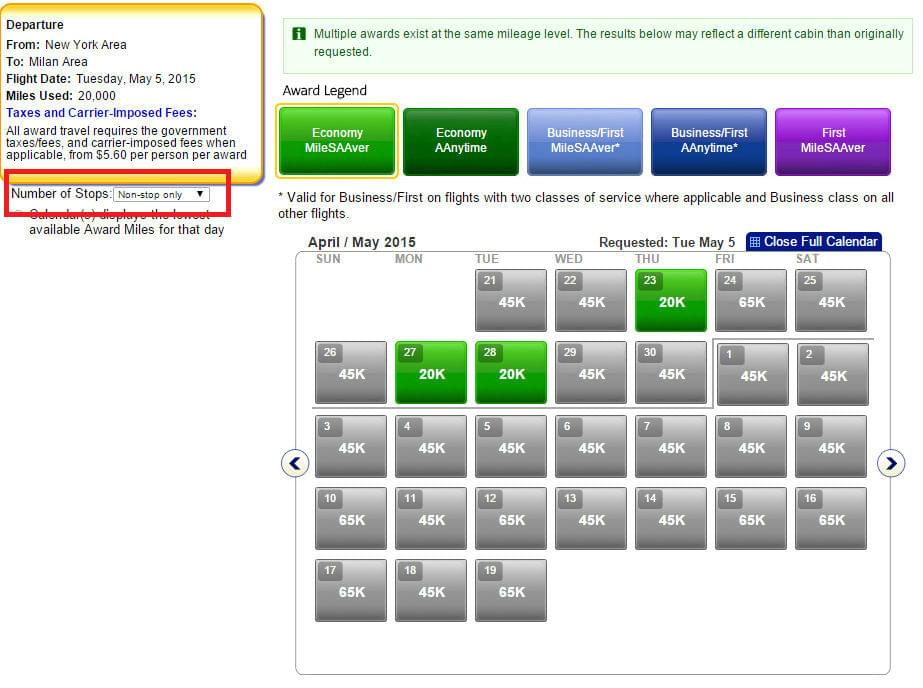 Whether you decide to fly to Milan in peak season or take advantage of American’s off-peak fares, it is an easy destination to get to on miles. Just watch out for high fuel surcharges and airport fees, and you can get great deals to this cosmopolitan destination.