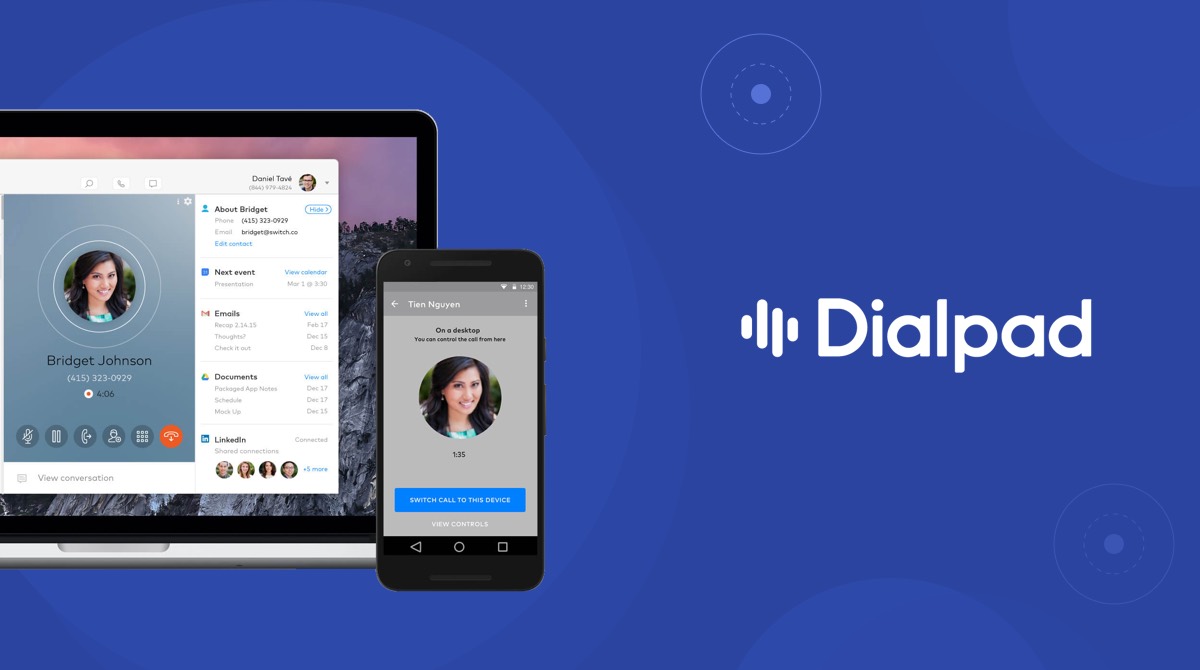 Fast, simple and effective communication is vital to growing a business. After all, if you can’t talk and collaborate with clients, team members and vendors, the chances of growing your business begin to diminish. A company called Dialpad is offering a comprehensive suite of communications tools, incorporating the latest technology to make sure businesses stay ahead of the curve. Dialpad is the only AI-drive , cloud-native business communications platform offering voice, video, messaging and more. Krysha Nair, director of product marketing at Dialpad, spoke to RewardExpert about how it all works and how it can benefit companies big and small.

Dialpad was founded in 2011 by a group of employees from Google Voice. “They have a really unique background in the fact that they’re not just web developers, but they’re also very educated around the telephony space,” said Nair. In fact, the founders had built a number of voice companies that were acquired by Yahoo and Google before the Dialpad that exists today came into being. “The really interesting thing is because we were founded in 2011, we’re kind of the only ones in our space that are actually built post iPhone. So we see that telephony space in a very different light than some of our competitors,” she said.

A New Twist on Videoconferences

The company has several products. UberConference is the company’s web conferencing solution. It has none of those annoying pins you find with other programs. In addition, it has no forced downloads and has local dial-in numbers in more than 60 countries. “What we want to do is make a really seamless meeting. UberConference fits really well with SMB and midsize companies. We’ve seen a lot of really good traction there,” said Nair. UberConference by Dialpad also has features like screen sharing, a list of conference participants and even the ability to customize hold music.

The next product is the telephony solution, which is Dialpad’s core offering. It allows communications from all over the world and uses artificial intelligence to improve interaction. Dialpad’s other two products, sell and support, and are built on the same interface. “Dialpad support is really helping teams learn from their customer insights to deliver really good customer experience. So that’s like an inbound call center. And then we have Dialpad Sell, which is more focused on inbound and outbound for sales organizations,” explained Nair.

Dialpad customers come from all over the business world and include startups like Uber, Stripe, Stitch Fix and Hotel Tonight. Nair pointed out that companies who are built on the cloud are in Dialpad’s sweet spot. “They know how important the cloud is, and how much faster you can deploy, and how it works across all of your productivity solutions. So those really suit really well for us,” said Nair. Another sweet spot for Dialpad is legacy customers who realize that technology is changing and it’s time to migrate to cloud solutions.

Why do companies choose Dialpad over competitors? Nair believes there are a few core reasons. “I would say number one is our voice intelligence. In our space, we’re the only ones that do real time native and artificial intelligence – so natural language processing, speech recognition and machine learning. And because of that, we can really allow you to get insights from your conversations that you have in real time,” she stated. Nair also pointed out Dialpad’s  transparent pricing model. “We just wanted to be super simple, so we put all of our pricing on our website. We don’t want to have extra charges,” she stated. In addition, Dialpad’s products can be deployed rather quickly, adding up to time and cost savings.

Dialpad has big plans for the future. It is doubling down on its core products, and is focusing on improving AI offerings. “We are really trying to spend a lot of our time understanding how customers are using AI. It is such a new space for customers,” said Nair. To find out if Dialpad’s solutions are right for your business, check out https://www.dialpad.com.