Get the Most Out of Your SPG Points

SPG is technically the loyalty program of Starwood Hotels, but in reality it’s much more than that. You can earn SPG points with co-branded credit cards, and it has more airline transfer partners than any of the other credit card rewards programs.

Even if you don’t often stay at Starwood properties, you should consider joining the program.

Until recently, earning a lot of SPG points without actually staying at hotels was difficult. There are only two SPG American Express credit cards.  Personal card comes with 75,000-point sign-up bonus after spending $3,000 in the first 3 months. With business version of the card you can earn

However, that changed when Starwood merged with Marriott. Now you can freely convert points between the two programs at a rate of 3 Marriott Rewards points to 1 SPG Starpoint. For example, 60,000 Marriott points are worth 20,000 Starpoints, which become 25,000 miles if they’re transferred to an airline partner.

That’s not a bad rate, particularly since Marriott offers much lower rates if you transfer points directly to airlines. They typically transfer at a rate of 2.8:1 to 10:1, depending on the airline.

Use SPG for Transfers to Most Airlines

You can transfer Starpoints to almost all of SPG’s airline partners at a 1:1 ratio. That’s an excellent rate that you should take advantage of. Be aware, though, that there are the five exceptions to that rate, and transfers to these airlines from SPG should be avoided:

Marriott transfers are another story. There are different transfer schemes depending on the airline. 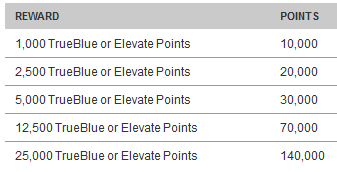 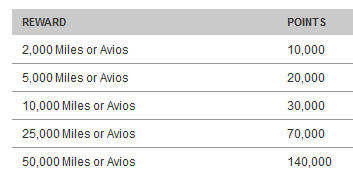 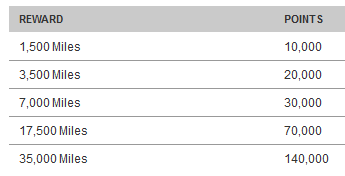 However, with the airlines above you’ll always be better off transferring Marriott points to SPG first because of the better transfer rates and the 5,000-mile bonus.

For example, you’ll need 140,000 Marriott points to get 50,000 American Airlines miles with a direct transfer. You can save Marriott points, though, by transferring them to SPG first.

Use Marriott Rewards for Transfers to United

Due to a special relationship between Marriott and United Airlines, Marriott offers a 20 percent discount if you want to transfer points to United. This is what the transfer chart looks like:

This is a fantastic loophole for transferring Starpoints to United at the same great ratio that you can enjoy with other airlines in SPG’s program.

Another Option for United Transfers

There’s another way to get a good rate on transfers from SPG to United with Marriott’s Hotel + Air Packages.

For 270,000 Marriott points, you can stay for one week at a Marriott hotel or resort and earn 132,000 United miles at the same time. You can also transfer from SPG to Marriott at a 1:3 ratio and get the same reward for 90,000 Starpoints.

Which Airline Transfer Partner Is Best?

Having points in a program that has 36 airline transfer partners means that you have a real choice. You can transfer SPG points to airlines that don’t have any other transfer options, like JAL or Alaska, or you can