Named the best regional airline in Europe in 2014 by industry watchdog SkyTrax, Greece’s Aegean Airlines is one of those airlines that you may not have heard of and rarely have occasion to fly but might seriously consider squirreling points away in.

Until fall 2014, Aegean’s frequent flyer program, Miles+Bonus, was a frequent flyers dream, because it was incredibly easy to get lifetime gold status. That status translated to Star Alliance gold status and reciprocal treatment on a bevy of beautiful flights with luxurious carriers like Lufthansa, SWISS and Singapore Airlines.

Miles earning has now changed to be in line with many other European (and now American) programs, tying mileage to the fare class of the ticket. But you still earn a minimum of 75 percent of miles on even the cheapest fares. Some European airlines don’t let you earn any miles for those seats.

Although, beginning in 2015, the airline is clamping down on the elite perks that used to be a big draw for international frequent flyers, some great values remain in the program for glamorous vacations in the sun-soaked Greek Isles.

Miles+Bonus is not an ideal program to store miles in for the long term, and Aegean doesn’t have an associated credit card or transfer partner where you can plant miles for when you need them. But if you’re saving up for a once-in-a-lifetime vacation, its worth funneling miles from other Star Alliance flights to Aegean. Despite the changes, you can still get status relatively cheaply as well.

How Can You Use Aegean Miles+Bonus Miles?

While many domestic programs have three categories for award pricing, Miles+Bonus has two types of awards: Go Light and Flex.

In all fare categories on flights operated by Aegean, domestic flights are priced at a fixed rate regardless of destination, while international flights are priced according to distance traveled, beginning at 56,000 miles in the Go Light category. International flights on Star Alliance partners are priced according to a different and much more generous award chart. Round-trip flights within one region begin at 25,000 miles in economy, 42,000 in business, and 80,000 in first class.

Unlike many carriers that offer better value on their partner awards than on their own, the best use of Aegean miles is on domestic awards within Greece, which start as low as 5,000 miles round trip. 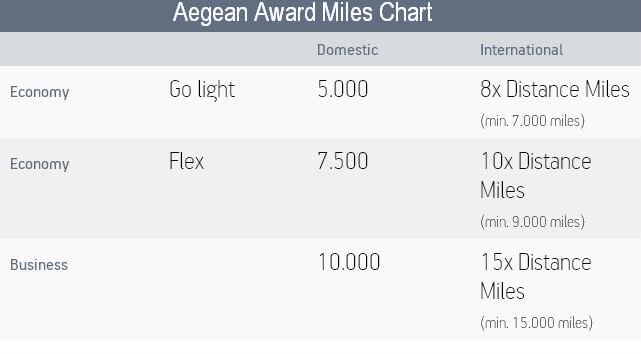 How often would you need to fly domestically within Greece? With a country that has more than half of its area in the sea, these awards can be quite valuable. Flights to the Greek islands can run up to $500 in season.

Many islands even destinations that you would usually think of as being too small to have an airport can be reached by plane for less value in miles than you would pay for a much slower and less comfortable ferry.

Short-haul (i.e., intra-European) international flights operated by Aegean are the worst possible way to spend your Aegean miles. Not only is the product not as polished as those of other Star Alliance carriers, but you’ll pay nearly more than twice the miles to fly the same distance.

On a Star Alliance partner, international flights within Europe begin at 25,000 miles. For the same route on Aegean, you’ll pay a minimum of 56,000 miles.

Seat upgrades are available for 5,000 miles on domestic flights. On international flights, it’s eight times the distance traveled, beginning at 56,000 miles. This rate applies to flights purchased in a Flex fare class and operated by Aegean.

Upgrades operated by Star Alliance carries begin at 15,000 miles for business class and 30,000 miles for first class within one geographic zone. 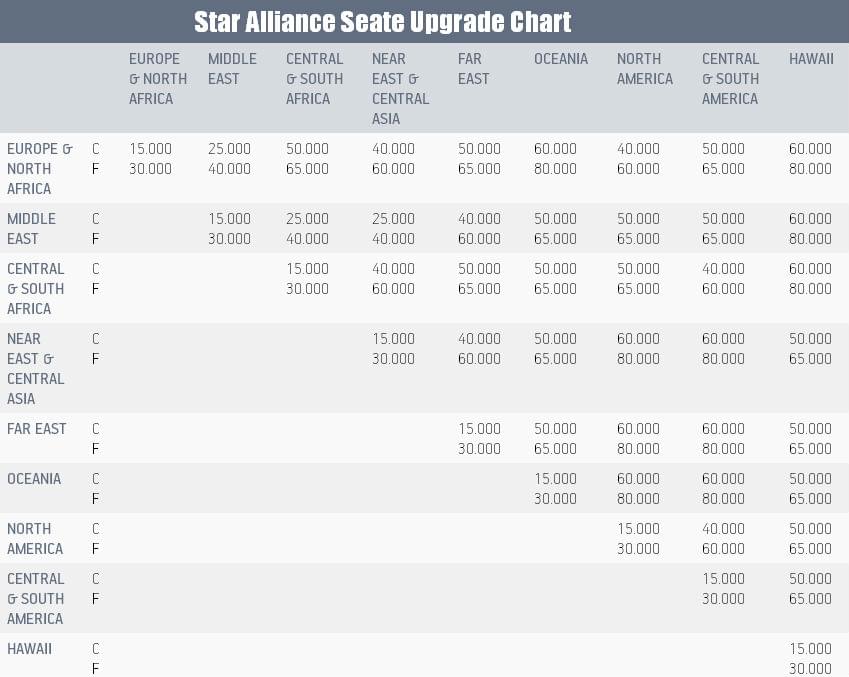 Co-brand Aegean Airlines credit cards are only available in Greece and Cyprus.