With millions of people traveling daily by air, it’s inevitable that bags will go missing on occasion. In fact, the Department of Transportation reports that the highest number of complaints related to air travel is for mishandled baggage. Yet when it happens to you, it’s no longer just a statistic, so it helps to be prepared.
RewardExpert
RewardExpert looked at DOT domestic-system data to determine which airlines offer the best baggage experience and which ones miss the mark. We analyzed the performance of 13 airlines from October 2013 to September 2016 to see how they ranked based on reported numbers of baggage complaints compared to the number of passengers on board. We also looked at the time of year baggage blunders are most and least likely to occur across the board. The numbers representing mishandled baggage were based on reports carriers received from passengers concerning lost, damaged, or pilfered baggage. 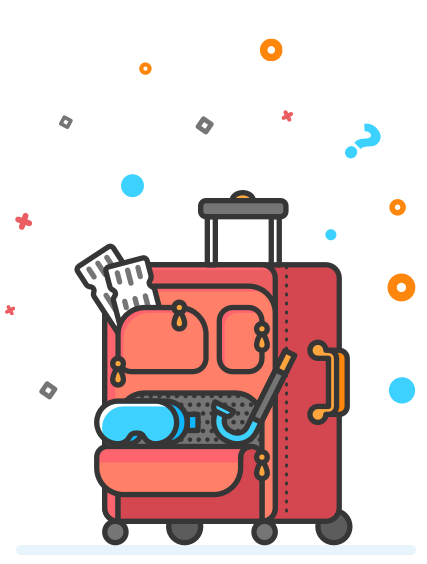 If you want to fly confidently knowing your bags will arrive with you, you can trust Virgin, the top-ranked performer based on baggage problems compared to the number of passengers flying with them.
Among the major carriers, Delta reigned supreme when it comes to getting your bags to where they need to be.
Winter months most frequently leave passengers stressed at the carousel, with January ranking as the worst month for baggage misfortunes. Actual numbers of complaints in winter and summer are highest and about equal per season.
If letting go of your precious cargo causes high-altitude anxiety, regional carrier Envoy Air is not your best choice. They ranked dead last, with baggage complaints being nine times more likely for passengers flying Envoy Air than Virgin.
When autumn leaves start to fall, so do reports about baggage problems. September is ranked as the least likely month for lost or damaged bags, and it had the fewest actual baggage reports. In fact, the entire fall season experienced the lowest percentage of claims.

See here for a peer-to-peer assessment broken down by major, regional, and budget carriers

You may think baggage mishaps increase when there are more passengers on board, but that’s not a hard and fast rule. In spite of the fewest number of people flying in January and February, claims were substantially higher than in October and November, when the numbers of people flying were just a small percentage higher. Let's see how all 12 months of the year stack up. 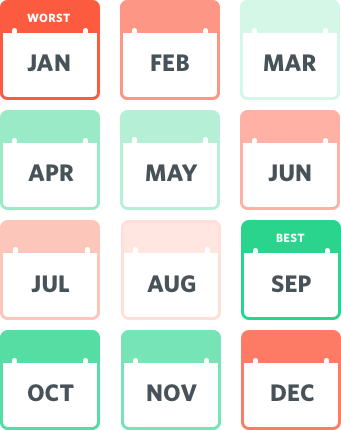 If you’ve got the baggage blues, here’s what to do:

If you see damage, check the contents right away and report it to the airline before leaving the airport. If you are home, call the airline immediately and record time and date of the call and the name and number of the representative. Follow up ASAP with a certified letter.
Make sure the airline creates a report and gives you a copy. Get names of employees contacted, and retain all documents, stubs and receipts for costs related to the problem. If you must turn in baggage stubs, take a photo of them, note it in writing on the report, and retain a copy. A prior photo of the bag can help identify it as yours.
Negotiate. Ask for checked bag fees to be refunded, and ask what the airline will cover for the cost of missing belongings and their delivery if and when found.
Ask your credit card company and travel insurance about what costs they cover for lost, damaged or delayed baggage. If they provide coverage, credit cards usually require the entire cost of the flight to have been charged on that card. A flat rate per day or a portion of the difference between the airline’s reimbursement and the cardholder’s claim may be given. Money spent due to delayed bags may also be covered. Some cards reimburse the full cost of missing gifts purchased with their card. We offer advice on preparing for problems with travel insurance. 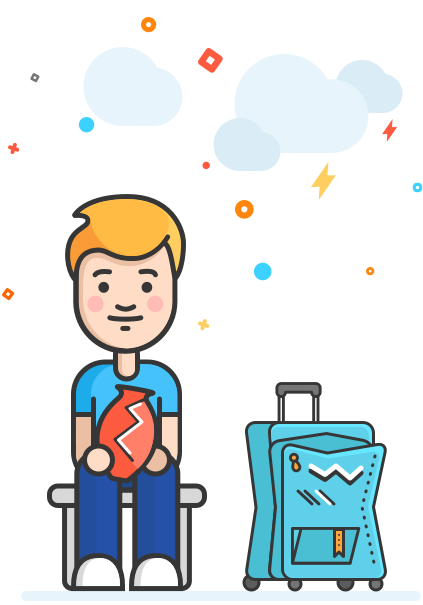