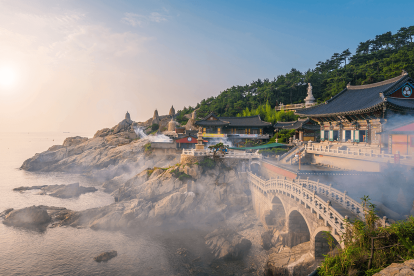 Relatively cyclical fluctuations for the South Korean Won versus the US dollar have ended up on a negative note for domestic travelers. A post-election boon for the Won has pushed up the currency even further, to a 6.2% growth against the dollar, since 2016. Groceries may be pretty expensive in South Korea, but just about everything else is on the cheaper end, even with the currency appreciation.

* Flight prices were calculated by applying dollar per 100/km figures provided by Kiwi.com's flight price index to the mileage from New York City's JFK airport to the stated country's capital. Total prices are estimates and may not be reflective of current available ticket costs.