No one deserves a vacation more than retirees. They've worked a long time for it, and many choose to spend their retirement exploring new destinations. In fact, in a survey conducted by the American Association of Retired Persons (AARP), they found that 39% of the retirees surveyed said they expect to take 4 or more domestic trips in the upcoming year.

Over 97% respondents expect to go on at least one domestic trip this year. That’s a lot of travelers!

Retirees travel for many reasons: to vacation with just their spouse or the whole family, to escape cold winter weather or just for a weekend getaway, for the holidays or to cross-off a few of those items on their bucket list. Most importantly, the majority of people surveyed are looking for a relaxing and rejuvenating vacation. According to the AARP study, baby boomers are looking for destinations with a warm and mild climate that offer a breadth of entertainment options. Ultimately, they want to spend quality time with those they love.

Yet, interestingly enough over half of those surveyed are just starting the planning process of their upcoming trips. While they seem to know what they generally want out of their vacations, they’re still deciding where they will go. That’s why RewardExpert is investigating the best U.S travel destinations for retirees, encompassing those in the baby boomer and silent generations.

We compared 100 of the largest cities and towns in the country and evaluated them on 12 key metrics across four categories: City Profile, Affordability,  Recreation, and Safety. Using this data we determined a full ranking of the best travel destinations for retirees. 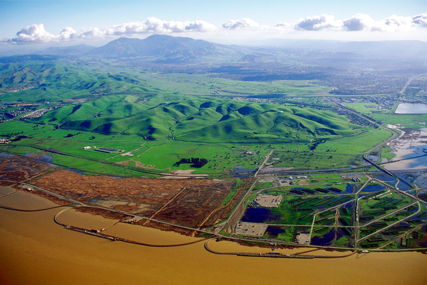 Irvine, California is first on our list due to it’s wonderful weather and relaxing atmosphere. Irvine has a ton of nature parks given its size. It ranks fourth of all the cities we analyzed in regard to nature parks per capita. Seniors should check out the San Joaquin Wildlife Sanctuary! It’s a park with 300 acres of wetlands that you can stroll through and observe the animals. Furthermore, the park has over 10 miles of wheelchair accessible trails for those with limited mobility. 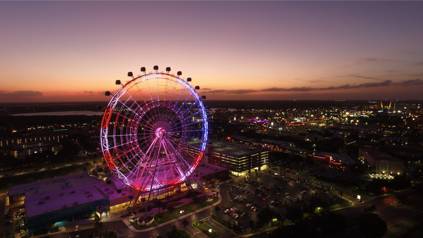 No surprises here! Orlando, Florida is second on our list. Orlando is beautiful, warm, and friendly to those with limited mobility. Orlando ranks 3rd for most days on average of pleasant weather. Furthermore, there are tons of nature parks, recreation centers, guided tours, and cultural activities. Orlando has 39 performing theaters per 10,000 residents, which ranks fourth of all the analyzed cities. Lastly, Orlando has a terrific culinary scene; retirees would enjoy its many dining options. 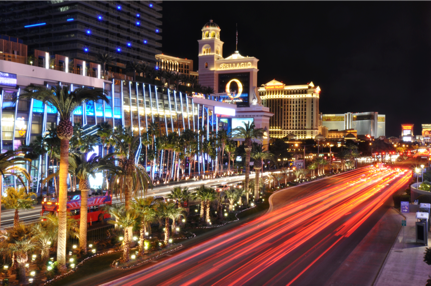 Who wants to gamble? North Las Vegas is third on our list due to its proximity to many casinos, while being a more affordable option than Las Vegas when it comes to dining and accommodations. Of all the cities we analyzed, North Las Vegas ranks second for casinos per capita, only behind, you guessed it, Las Vegas. AARP reports that 34.0% of those surveyed said they were looking to cross off items on their bucket list. If you happen to have “gamble on the strip” on yours, North Las Vegas is a wonderful, affordable travel destination - depending on how well you fare at the blackjack table! 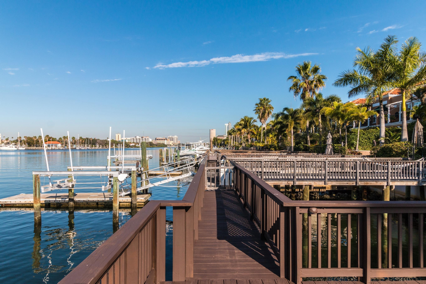 Tampa is a great destination for retirees! You can relax on one of Tampa’s many beaches and take a sunset stroll through one of the city's beautiful nature parks. Foodies will love Tampa as it ranks sixth in regard to restaurants per capita. According to our data, there are 136 restaurants per ten thousand residents in Tampa. That means there’s plenty of opportunity to dine while in Tampa. Lastly, the city has, relatively, a very low population density, all of which make Tampa a very relaxing destination. 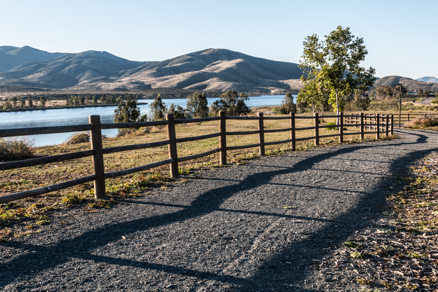 Chula Vista, which translates to “beautiful view,” has gorgeous weather, endless ways to relax, and plenty of fun activities. Chula Vista is a mid-sized city situated outside of San Diego, making it an easy half hour commute to the city center for those interested in exploring San Diego’s cultural scene. Retirees looking to practice their swing will be right at home as Chula Vista has 21.8 golf courses per 100,000 residents. Some of the city’s notable attractions are the Chula Vista Nature Center, the Chula Vista Marina, and the U.S. Olympic Training Center. 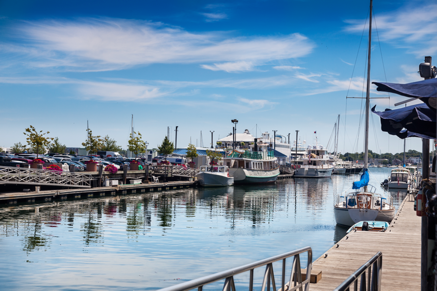 Chandler, Arizona is sixth on our list of retiree-friendly cities. Chandler is a vibrant city right outside Phoenix. Visitors to Chandler will feel safe as it ranks third of all the cities we analyzed in regard to safety. Retirees will can check out Ostrich Festival, a festival that celebrates Chandler’s roots as a hub for Ostrich farms, and it’s large performing arts center, The Chandler Arts Center. 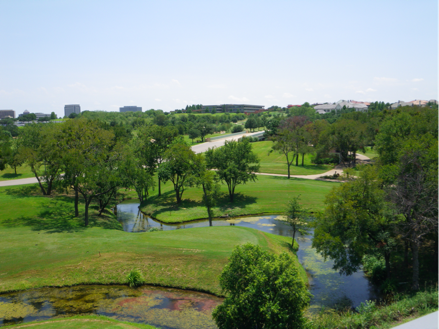 Lucky number seven! Irving, Texas is both seventh on our overall ranking, and seventh when it comes to casinos per capita. Irving is close to Dallas, which gives visitors the opportunity to visit the area without the stress of staying in a busy city. Irving also ranks in the top ten cities with the most pleasant days of weather per year. Visitors can check out Irving’s amazing bronze statue, Mustangs of Las Colinas or the National Scouting Museum. 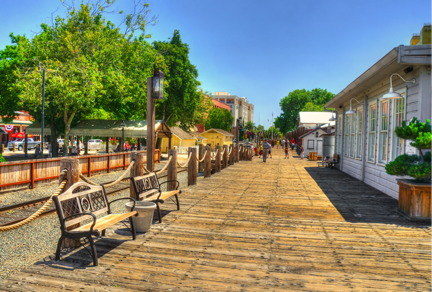 Sacramento has all of the wonders of the Bay Area without the cost or the stress. Accommodations are significantly more affordable than those in the surrounding cities. It's also close to a few of the country's best national parks, like Yosemite National Park. Take a stroll through “Old Sacramento” and explore quaint cobblestone streets and buildings from the late 19th century. Sacramento is also home to the oldest public art museum west of the Mississippi, The Crocker Art Museum. All of this, including its pleasant climate, make Sacramento a wonderful destination for retirees. 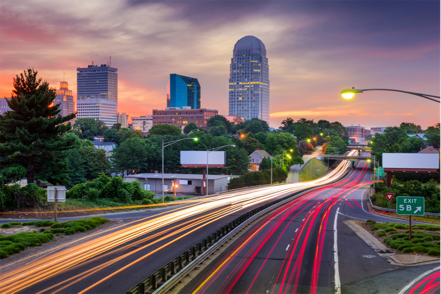 For those travelers who love the arts, visit Winston-Salem. Winston-Salem is often referred as the “City of the Arts” because it created the first art council in the United States in 1949. Visitors will find the city’s art scene centered around Sixth and Trade Streets, where many galleries and workshops are situated. Travelers should visit for one of the three renowned annual film festivals that take place in the city, like RiverRun International Film Festival. Lastly, Winston-Salem ranked 11th of all cities in regard to population density, which means it’s less stressful than cities that are more congested. 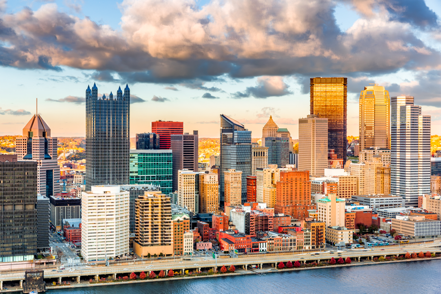 The tenth city in our rank is the ‘Burgh! Pittsburgh earned its spot on our list due to its relaxing atmosphere and many recreational activities making it a great choice for retirees. Golf enthusiasts will be happy to know that Pittsburgh ranks fourth of all the cities in regard to golf courses. The city has 4 golf courses per ten thousand residents. Visitors can take a stroll through the gardens at the Phipps Conservatory or explore the Carnegie Museum of Natural History. 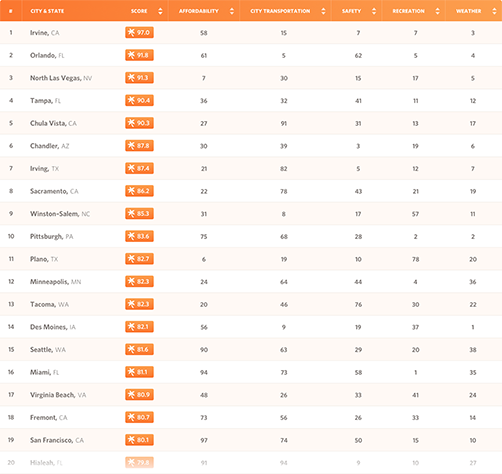 By default cities are sorted by a general score. You could sort by other parameter.

GO BACK
Show the full ranking

We first identified 12 relevant metrics that are listed below in their respective dimensions and with their corresponding weights. Each metric was given a value between 0 and 100, wherein 100 represents the most favorable conditions for travel and 0 the least.

Finally, we calculated the overall score for each city using the weighted average across all metrics and ranked the cities accordingly.